The Buell Blast has a 492 cc engine with 34 hp, and it was a bike that was not very lucky and will not be remembered in the history books, although it was produced from 2001 to 2009. Buell Blast was intended for entry-level users (about $4,500, the same price as a Kawasaki Ninja 250R). Erik Buell, in a funny video in 2009, on the occasion of the production release of the model, said the Buell Blast wasn’t a very successful model, putting it under a press.

“I am not an expert, but I have ridden for over 32 years. I’ve put well over 100,000 miles on two wheels, including several coasts to coast trips. I sold my ’98 Heritage Softail Classic, then sold my ’97 Sportster Hugger, then sold my ’81 Honda Passport. I was bikeless for the first time in many years. It had to be worse than coming off the crack. After six months I couldn’t take it any longer. I bought a ’02 Blast with 2123 miles on it, which was well within my budget.” 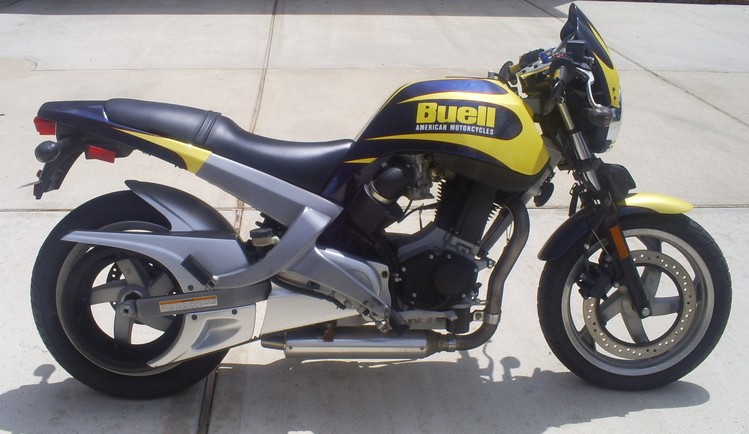 “I have driven just over 100 miles per day, for several days now. Having this much fun on a bike should be illegal. Ooh, it’s not as comfortable as the Softail (my butt goes to sleep around 30 miles), and it won’t pull the front wheel up like the Sportster would (but has plenty of get-up-and-go), but it is a kick in the pants to ride, and I’ve averaged 65 mpg. All my old riding buddies laugh at me but, I’m in it for the ride. I must post again when I get more miles on it, but so far I am thrilled with the little bike.”

“My 2002 Blast has lived up to all the Eric Buell hype. I have run 60-70 MPH all day and still got 70 MPG. High in the country, in the twisties and on the open road. The Harley Boys could not outrun me through the corners! I don’t know what everybody else complains about. I also have a Honda Helix and a 2005 Harley Dyna Glide Custom. They’re all fun to their right.”

“There is no way to compare them. I’m 67 years old and tour, group ride and cruise. You will not outrun most bikes (and some maxi-scooters) or pop wheelies, but speed and acrobatics are not what the Blast is all about. I’ve ridden bikes for four years, and the Blast is a lot of fun. Test ride one before you buys it. Buell Blast is a reliable bike with excellent brakes, quick steering and easy to ride. In this area, we are blessed with having great dealerships with excellent techs. Find one near you and have a Blast.”

“2003 on up, Blasts were near flawless. Quality at Buell had peaked about this model, so I bought one. Buell Blast 2003 is comfortable if you’re under 5’10”. It takes bumps admirably and handles with security if you are near 175 lbs. It is true you have to give it more gas than other bikes during take off due to its engines low rpm torque, but this unusual characteristic you get used to within a day of riding. I’ve ridden this on tight twisties and long days including some highway travel and it’s exceeded my expectations. Hi-way travel is not recommended, not due to power but comfort as with any motorcycle short of a touring specific bike.”

“My particular Buell has the Buell Performance intake and dual exhaust. It woke up the bike substantially in the mid to high rpm range! It seems the media has a job to criticize all it can find to substantiate their existence. They’re forced to compare all sorts of different bikes of different prices for various intended purposes. It rarely serves anybody well and usually ends up misleading. Blast is a fun, small, light, well-built bike that genuinely gets 70 mpg. It is a personal thing, but if you want an American designed and built bike that’s fun, economical and reliable, you can’t go wrong if you fit.”

“This 2003 Blast is my first bike. It has been a blast riding with my father. I bought it in March 2004 and had had no problems riding with my dad’s 1100 v-star custom and his friend’s Harleys. I was surprised it ran so well on the expressway!! Not as quick as the big guys but cruises fine at 70mph. I love it. No negatives here!!” 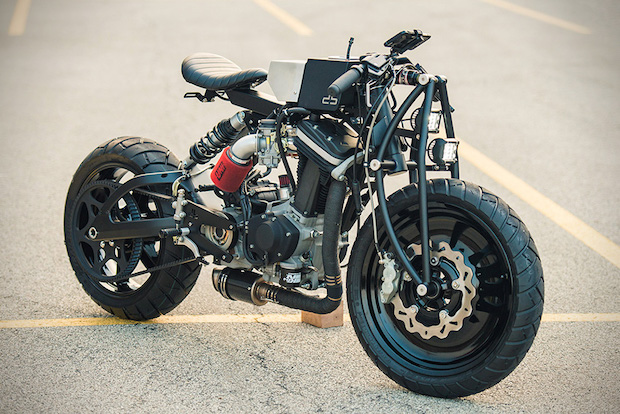 While the Buell Motorcycle Company was dissolved into the Harley-Davidson brand years ago, the brand lives on through custom designs that breathe new life into their designs. DesmoBIBU creates it in a small Chicago apartment. It has an incredible design and takes on a novel approach all by itself, rocking Biltwell grips and a Chassis Design Company-built front-end. The Buell Blast ‘Franken-Blast’ Motorcycle was also retrofitted with Buell XB and Buell 1125 parts on the rear end. It has new features including an LED tail light, an aluminum electronics cover, a handlebar smartphone mount and more.