Audi A4 user reviews – The Audi A4 is one of the best-selling cars and now also features mHEV (mild-hybrid) engines with 140 kW and 185 kW TFSI 2.0 TFSI engines. The new 12V belt generator allows optimisation of the start & stop function and enable the engine to be switched off and back on during gliding at any speed. The new system will enable you to use kinetic energy during recovery and use it to recharge the starter battery. The two new mild-hybrid engines precede the introduction of the first mild-hybrid system with a 48-volt mains power supply fitted on an Audi model. But if you want to buy an Audi A4 sedan, why not read Audi A4 user reviews?

“I’ve owned this car for a year now and am still delighted with it. In fact, I’m so happy with it; we’ll get a Q3 or Q5 for my wife when the time is right. The car is solid. It performs well and gets amazing fuel mileage (I drive almost all highway). It is super comfortable and is the best driving vehicle I’ve ever owned. I haven’t had a single problem with it yet. Just buy one! You won’t be disappointed.” 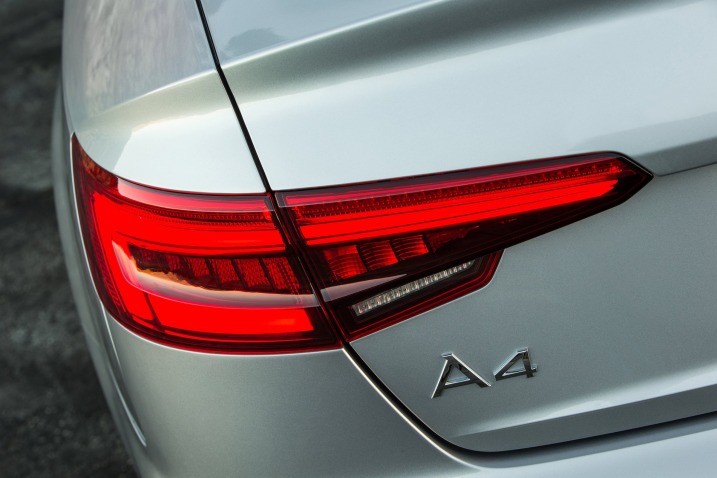 “I’ve had my 2017 A4 Quattro Prestige for three weeks now. I love this car. First time I’ve had an Audi, I’m coming out of a 2014 BMW 428i coupe. This car is light years ahead of the BMW regarding technology. The car my dealer had on the lot had the full tech and driver help packages. I wasn’t planning to get all of these features. But I got a great price on the car, and I love the features. The heads-up display is awesome. I love the customizable LED interior lighting too. The virtual cockpit along with large center screen is so clear and easy to use. I love how well thought out the graphics are. The fit and finish inside is perfect everything from the paint finish to the seams inside and out. No rattles or anything.

The front seats (which my car has the warm weather package and in Florida, that’s a must) are very comfortable. Love the design, headlights, tail lights, grille, wheels on my Prestige with gray/silver two-tone. This car looks so sharp. If I had to give anything that could use improvement, and this is hard, I’d say: the Bang and Olufsen stereo doesn’t sound as good as my Harman Kardon system in my BMW. Only another thing is the sports seat any model has the side bolsters on the lower cushion are hard to come into contact with while entering the car. I hope over time these don’t show premature wear and tear.”

“This car is the best combination of value, luxury, and sportiness in this segment. The performance is surprising given the comfort and luxury. The cost is competitive when factoring in all you get. A must drive if you are looking for an entry-level sport-luxury car.” 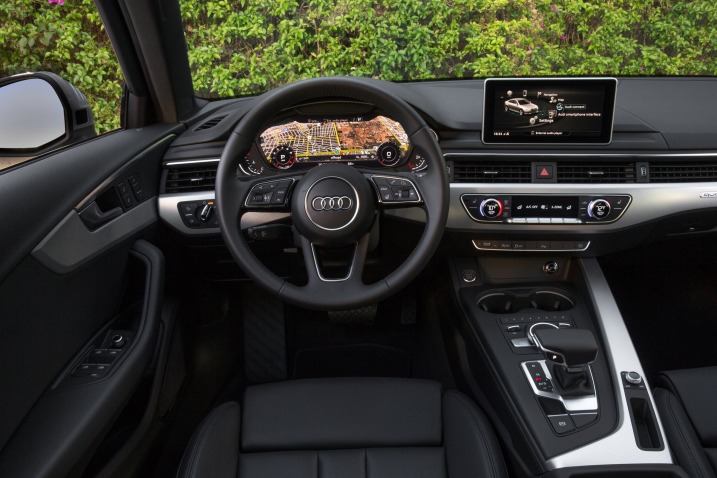 “This is my first Audi. Before buying I drove a BMW 328i xdrive and a Mercedes c class. They were all very nice cars. But I fell for the Audi and love it. Most of the complaints I read are about the shifter and the way you have to put it in Park, but I think Audi got that right. It is easy and intuitive. I don’t understand the people that complain about it. It works so much better than the conventional system. It is so quiet inside. The ride is fantastic. Handles great. My son borrowed it for two days. He told me that on his way home from work he took the longest route available so he could just drive it longer. It’s the first car I’ve had that when I have nothing to do, I take it and go for a drive.”

“I drive a 2017 Audi A4. The programmable radio buttons and MMI malfunctioned. I bought it in for service expecting a repair under warranty and was told that the problem was “likely” due to liquids spilling onto the buttons, not covered by the warranty. I would agree with this diagnosis BECAUSE the radio buttons are positioned next to the cup holders. It is almost impossible to avoid spilling liquid into the buttons because of this design. Even the motion of the car with a cup of liquid in the holder could cause liquid to spill into the radio buttons. This is a design flaw with the center console. I have been a computer engineer since 1983. Therefore, my ability to recognize a user interface design issue is my business. But it doesn’t take an engineer to understand the poor design of the center console.

I contacted Audi customer support AudiCustomerExperienceCenter@audi.com and after waiting almost two months, the customer service rep never provided a final response. Instead, I had to escalate, searching the internet for another way to contact Audi, who agreed to cover only the parts ($600) but not the labor costs ($300). I did not accept this offer because the design of the center console causes this issue because it’s inevitable that liquid will spill into the radio buttons given they are positioned right next to the cup holder. So there you have it. Audi has lost a customer for $300 over what and experience is a design flaw. It is my second A4. The cup holder of the 2012 A4 was NOT positioned next to the radio buttons. In 2017 Audi changed the console and created this problem.”

Andreas Koglin and Sebastiano Russo have created the original sketches from which the complicated design process of the latest Audi model began. The A7 is the first production work of Sebastiano Russo. It is very different than the A8. However, it starts from the same source of inspiration, the Prologue concept. “Since the two cars are very different for different clients, on the A7, we have been able to work hard on proportions and lines to give it a sporty cut. The two central ribs on the bonnet, which underline the powerdome, should also be read from this point of view.” Russo said.

As with the A8, the distinguishing features of the A7 are the front grille with its horizontal single frame design and the side panels with stressed mudguards. But the pavilion’s fastback line shifts visual attention to the rear, giving impetus to the entire body. The tail cut is confirmed. But it has a more horizontal development also due to the effect of the continuous strip of lights.

Increase our Audi A4 user reviews, write your story below!

0 0 0 0 0
Previous ArticleChitone Motorcycle Gloves: Reviews of people who have already bought it on Amazon
Next ArticleSuzuki SV650 User Reviews: Are you ready for the next step at EICMA? [VIDEO]
Comments (0)