The X Men saga does not stop with “X Men: Apocalypse” and “Logan”, but it continues. The 20th Century Fox announces two films for next year. “New Mutant” will be the new spinoff starring a new class of mutants in the school of Xavier. Then, we will watch “X-Men: The Dark Phoenix”. It is an adaptation of the famous comic book series dedicated to Dark Phoenix with Sophie Turner (“Game of Thrones”).

“New Mutant” will start working next May. Josh Boone ( “Fault in Our Stars”) is the director and screenwriter. Maisie Williams, Anya Taylor-Joy, Nat Wolff and James McAvoy are the stars. Instead, the sequel “X Men: Apocalypse” will do the same in June. For a long time, the 20th Century Fox wanted a different title, “X-Men: Supernova” or “X Men: Teen Spirit”. But at the end, Dark Phoenix was the best title for the adaptation of the famous comic book series dedicated to Dark Phoenix. 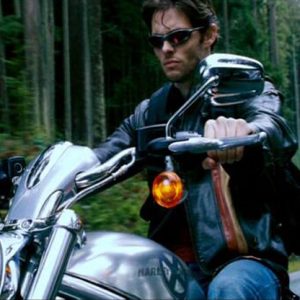 If you love the saga of X-Men you will not have forgotten the Cyclops motorcycle created in the garage of the X-Mansion. When Rogue left the X-Mansion following Mystique, Logan borrowed the bike. Then, he went to the Salem Center station where he discovered that she was there. After Xavier informed Logan that the Alkali Lake, in Canada, could find some clues about his past, he still took the bike.

The Cyclops bike is very much used in the X-Men saga. We can also see it in The Movie Prequel: Wolverine. After leaving the X-Mansion, Logan led the Cyclops motorcycle in Alberta, Canada. During a refueling, he met Sabretooth, who was following him. Then, the bike appears again in X2: X-Men United, when Logan arrived at Alkali Lake. Where very little is to help him collect his past. After returning to the X-Mansion, Logan throws the keys of the bike to Cyclops, saying it was out of fuel. Annoyed, Cyclops throws the keys to Logan, saying filling the tank. 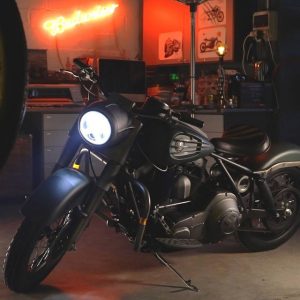 In the X Men saga, Cyclops bike is also in X Men: The Last Stand. Scott, concerned about the death of Jean Gray, returned to the Alkali Lake with the bike. Once there, he discovers that Jean was actually alive. Noting the presence of Dark Phoenix, Professor X sends Storm and Wolverine to Alkali Lake to investigate. They discovered Jean unconscious and so they reported her to the X-Mansion. Most likely they use the Cyclops bike. Because Logan uses the two wheels to get to the forest, making a final attempt to bring Jean to the X Men. 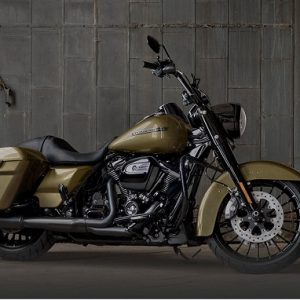 This Harley Davidson Road King has undergone a radical change. We can see a total transformation of the frame, which was added an oxide layer formed in bronze and other metals to get the patina effect used during the Logan story. The fuel tank has Pawprints Lobezno features. The seat is inspired by the leather jacket that usually uses Wolverine. The battery is covered with a very similarly adamant, very metallic alloy used in the Marvel universe.

“Big and massive as a locomotive traveling at midnight on track”. So, Harley-Davidson brand describes its 2017 Harley Davidson Road King Special. A lot of news from the total black look from the front fork to the new Turbine wheels, the powerful Milwaukee-Eight engine manifolds, and discharges. The new Mini-Ape handlebar offers a riding position. Finally, essential and side bags lengthened to an aggressive profile style.

0 0 0 0 0
Previous ArticleDoctor Rossi is Back or maybe He is never gone
Next ArticleChicago Bulls - Boston Celtics Game 5: If you are a Real Biker, You Have Seen It
Comments (0)