White Smoke – At 15th laps Valentino Rossi stops its dream at Mugello GP. An engine problem forced the Yamaha rider to go out of the race, while pursuing the leader Jorge Lorenzo. Rossi first slowed dramatically, then bowed out while the motorcycle’s fairing came out a dense white smoke. 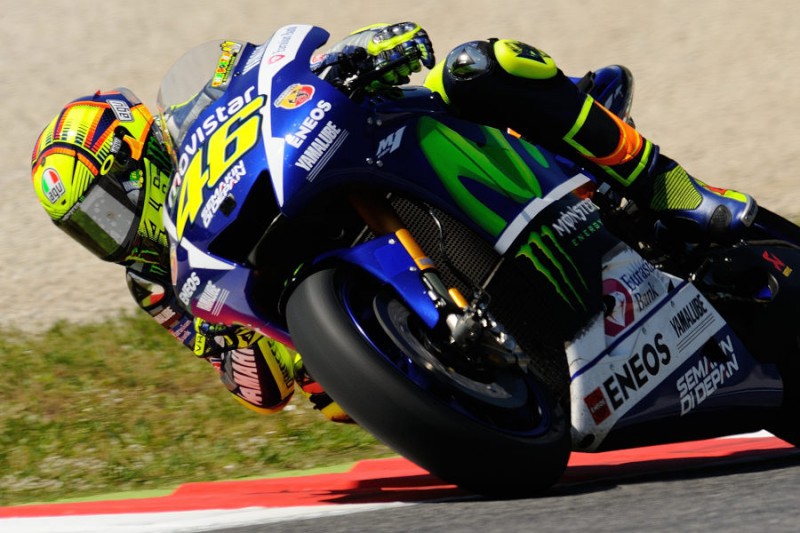 After the white smoke of Rossi, Jorge Lorenzo continues his race. With 11 laps remaining, another Spaniard, Marc Marquez, tries to chase Lorenzo, third is Andrea Dovizioso followed by teammate Andrea Iannone. At 8 laps starts the battle between Dovizioso and Iannone for third place with Iannone, third in qualifying, which exceeds his teammate. At 5 laps to go Dovizioso leaves the road, even to Pedrosa. Then Marquez does his fastest lap, 1′ 47” 980 and continues to run after Lorenzo. The replica of the world champion arrives soon with 1′ 47” 871. Marc Marquez tries again, but Lorenzo does not leave the road. Pedrosa passes Iannone, but in the next curve the Ducati’s rider re-passes the Spaniard. Marquez’s masterpiece arrives to the first variant of the last lap. He passes the Jorge Lorenzo’s Yamaha and it seems crucial to the destiny of the race. However, on the last straight Jorge Lorenzo argues the motor power by burning the rival and gaining the success that consolidates its leadership in the standings.