Termas de Rio Hondo GP press conference – “It is not important the number of races, but the quality.” If you consider his enthusiasm and dedication, it doesn’t seem the 350th GP of Valentino Rossi. “After so many difficulties, the result of Qatar was surprising.” said the Doctor during the Termas de Rio Hondo GP press conference. “The aim is to confirm again, trying to be competitive from day one. This is a track I like. It’s fun driving here the MotoGP. But every year there are more and more riders who are strong. I think at least in 10 can fight for the podium or to stay ahead in all rounds.”

Termas de Rio Hondo GP press conference, Rossi: “we have tried to solve our problems with the 2017 tires”

“I think the front tire of the 2016 do not have the appropriate compound for the race, that soft.” said Rossi during the Termas de Rio Hondo GP press conference. “However, we can try to make some comparisons with the 2017 tire. In any case, we have tried to solve our problems with the 2017 tires. But it’s interesting that Michelin has also brought a 2016 to try to figure out which is better. Evidently, I didn’t ask it only me, but also other drivers complained.” 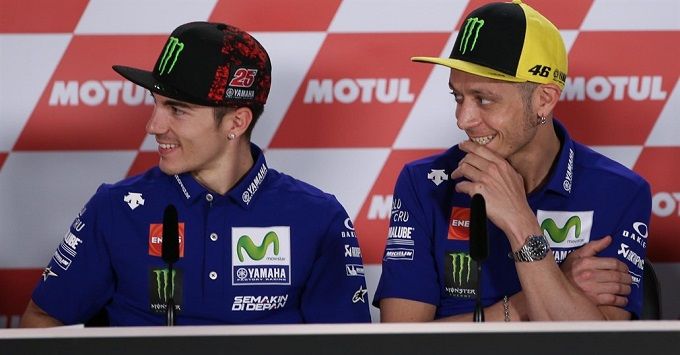 “I think they brought to figure out if that’s better or worse. Recapping. We have three front tires soft, medium, and hard on the same casing of Qatar and a 2016 carcass with soft compound. But here we’ll have to be very attentive to the rear tire. In 2016 we had many problems, we also had to stop. We were asked to do many laps even with the hard. Because here you are very straight and much spinning and the rear tire temperature can be very high. They want to see if we are quieter with the tough or you can also use the media.” added Rossi.

“I think the favorites are Vinales and Marquez. Right now, though, more Maverick for as he led this winter, for as he won in Qatar and as he had gone strong here in 2016 with Suzuki. Part to be favored.“