Surreal – In Assen, we saw one of the more surreal Moto GP races in recent years. The first “satellite pilot” from 2006 (Elias in Portugal on the Honda RC211V Fortuna team) and first Australian rider from 2012 (Casey Stoner) wins the 2016 Dutch GP. Jack Miller is the King of 2016 Assen GP. “I know how to drive a GP bike. I know how to ride a motorcycle. Today I put the stamp on this claim.” A race dominated by the aquaplaning. A surreal Grand Prix with some different decision would have ended differently.

Jack Miller wins. The big stars lose. Marquez and Iannone just saved. Almost Lorenzo. The red flag is right. A restart not in this condition. However, everyone must lose at Assen. In one way or another. Ducati. Nice comeback by Iannone. Valentino Rossi. The Italian champion takes advantage from the red flag and becomes the leader. Then, worst mistake. Also, the lack of backlight lit was ignored by the race direction. Pedrosa confused and Lorenzo always outside of battle. The asphalt of Assen is a friend, but he is in shock from the first session. So, the Spaniard takes points, but still has to work a lot to return strong pilot that everybody knows. 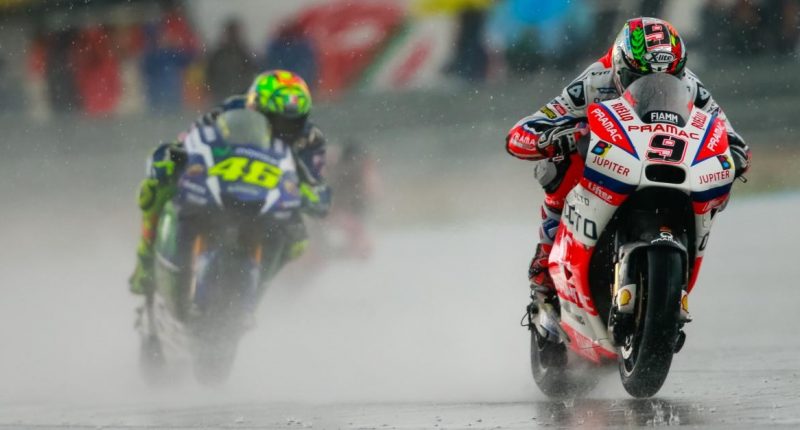 Surreal Assen GP: A red flag without restart would be right for everyone

The real loser seems to be the Moto GP. The direction. Assen is one big party. However, yesterday the party wasn’t. The race was not run both for the show and for the safety of pilots. So, often decisions are questionable. A red flag without restart would be right for everyone, including Lorenzo. The forcing of the recovery was clear. Stay in the regulations fixing by lawyers but not by common sense. So, the first race on Sunday at Assen was unfortunate. Maybe break the tradition was not a good idea. Anyway. Well done to all pilots who fought to the last drop of rain.

0 0 0 0 0
Previous ArticleOpportunity Missed for Rossi
Next ArticleJack Miller, the Celebration of a New Champion
Comments (0)