Next year will be 38

He will continue to follow a strict training table. He wants to arrive in good conditions of his 22nd season in the World Championship. The Italian champion will have 38 years. “I’ll try to get some rest. This season was very long and tiring.” said Rossi during an interview with a Belgian newspaper. “Now I am officially on holidays. It will be good to get away a little from racing. In addition to relaxing, I’m going to do some snowboarding.” 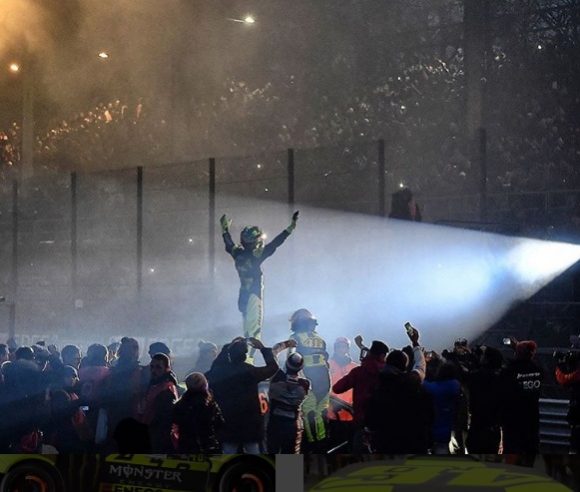 Then, Rossi will return to work and he will try to win his tenth World Title. “I will work on my physical condition for the new season. I will shoot lots of running and on different types of bikes to get in shape in the first race.” In Valencia’s tests, he had the first contact with the 2017 Yamaha M1. His new teammate Maverick Vinales seemed ready to comfort on the Japanese bike. “We compared the bike old version and new version. I am much more optimistic after the first test in Valencia. In particular for the frame.” said Rossi after the last test.

Mav will be as strong as the former Jorge Lorenzo

Maverick Vinales will be strong as Lorenzo. “It’s really fast and precise work on the bike.” added Valentino Rossi. “We talked a lot and we have agreed on most issues. Our collaboration has already improved a lot of detail. I hope that the work will continue in this direction.” Yamaha will have two very strong riders. It could be an obstacle for the Italian champion. So, the young Spaniard could be a tough opponent in the race for the Tenth Title.