Kart – “Unfortunately is not over as I had hoped. However, it has been awesome just the same.” Valentino Rossi doesn’t think more at Mugello GP‘s delusion. “Thanks to all the fans for the wonderful support and for creating a magical atmosphere.” he writes through his social channels.

In Japan, the Yamaha technicians try to understand the M1 Engine’s problems. Instead, Valentino Rossi is back in Tavullia with “aware of being very competitive and faster than last year“. The Italian champion is at work in the Tavullia’s Ranch with Vr46 Riders Academy‘s pilots. Then, Rossi went to the track with go-kart in Migliaro, near Ferrara, for a private test with the Birel kart ART. On track with the Italian champion, his brother Luca Marini, Andrea Majerski, Morbidelli, Lorenzo Baldassarri and Pecco Bagnaia. On the track there is also Uccio, Alessio Salucci, head of VR46 Riders Academy, to take the kart’s time.

No Kart for Suzuki, but Private Test on the track

After Mugello GP, Team Suzuki Ecstar went to Valencia. It makes two days of testing for engineers and technicians to develop some new components. They try to find a new set up that will improve traction and grip of the GSX-r. In Spain, the Japanese brand brought two different types of frame. Vinales and Espargaro notice more confidence on the bike. Also, they try different configurations of the setup and some change about electronics. It was a very intense and focused program of work in a short time. 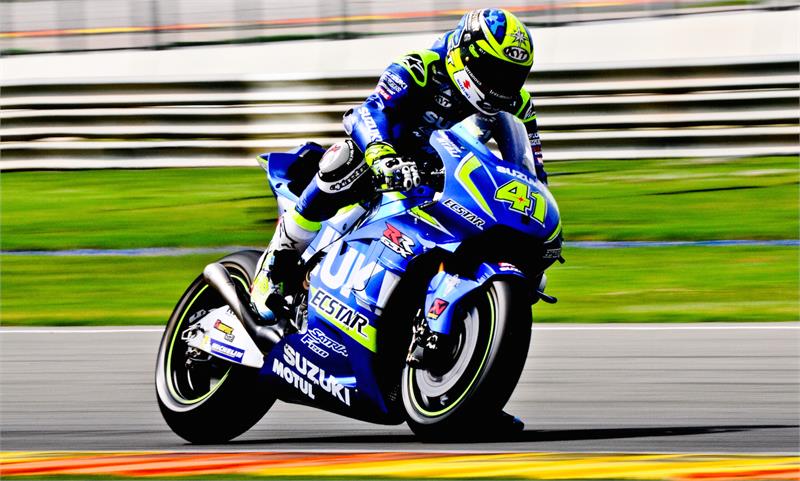 “We were able to take advantage of these private tests.” said Maverick Vinales. “We needed to find more efficiency in traction. However, we have worked on other improvements. The factory sent us many components and new configurations to try. Then, we tried some development of the frame and different set ups. It is a positive test. The GSX-r is already a beautiful motorcycle in some aspects, Such as the fast corners and his agility. However, there are flaws in other areas. We are working to find a good balance and more efficiency.“