New MotoGP Star – After many years and many victories with Yamaha, Jorge Lorenzo arrives at Ducati. He’s the new MotoGP star. Spanish is the most awaited star of the 2017 MotoGP World Championship. The new Ducati rider will have to win right away. The team and the fans want it. Although Lorenzo said that there is no pressure. So, the Spaniard will have to show his great value and he will have to try to bring Italy some victory. Not necessarily the 2017 title.

Expectations are high. Jorge Lorenzo can’t fail and the Spaniard seems determined not to. But only the track has the answer. According to Claudio Domenicali, CEO of Ducati, Jorge Lorenzo can win more Casey Stoner with the Italian brand. “Casey has won a World Championship. I think Jorge can do better. Just need time. If we’re going to be together for four years, he could win more than Stoner.” Then, Domenicali reveals all the excitement of the Ducati family for having hired the Spaniard. “It’s like when you fall in love for the first time. You’re a little nervous. Because you don’t know what’s going to happen. But you are excited. Because you know it’s a good thing. There is also a bit of mystery and attraction.” 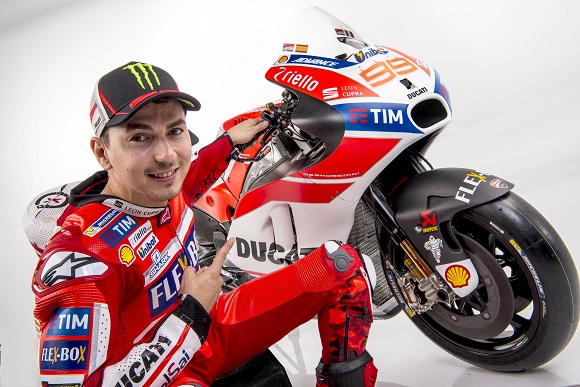 Domenicali: “He was very cold”

Lorenzo has the same emotions as Domenicali. “The first time I saw him come to us seemed almost angry. Because he didn’t know what to expect. He was very cold. I’ve seen it change much from there onwards until submission. There was everything completely different, as if we’d known each other forever. It’s strange, but I guess now Jorge is better.”

Another New MotoGP Star is the Ducati Desmosedici GP17. The bike has five new colored buttons for different engine settings.

PW: the pilot can act on maps that manage the delivery of engine power.

LC: Launch Control. With this button, the rider activates the starting procedure. It is not enough to crush the blue switch, but you start from that moment. 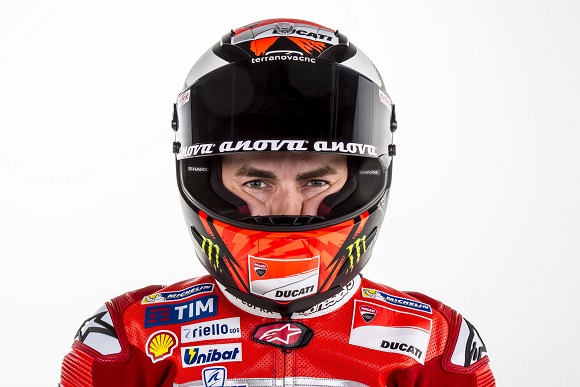 FUE: Fuel. In MotoGP, there is a rule which prohibits the consumption to put in more than 22 liters of fuel tank. The pilot has the right to lean the fuel mixture to reduce consumption that different mappings of the control unit.

EB: Engine Brake. It’s engine brake control. It’s a very important function which acts when the pilot is on the brakes. To avoid that during braking, the reaction can be too abrupt, borrowing the use turn-by-turn.

Sigla OFF. It’s a button that allows you to turn off instantly the engine when needed. The anti-stall system should support unity in motion in case of a crash. It’s a switch protected to prevent the rider can tap it accidentally and is easily identified by the marking OFF.

0 0 0 0 0
Previous ArticleScrambler Desert Sled is the latest But which is the best Scrambler?
Next ArticleMahindra Genze 2.0, a new way to move in an Urban Area
Comments (0)