New Ducati Challenge – “The Ducati is the Ferrari of MotoGP. It’s something magical. Because the design of the bike is great. If i will win with this brand, it would be something special.” After nine seasons, 44 victories and three MotoGP Title, Jorge Lorenzo leaves Yamaha and he starts a new adventure. The Spaniard is very excited for the beginning of this New Ducati Challenge.

“It will be a very exciting challenge. A very exciting year. Because almost no one has won the first with Ducati. Only Casey Stoner. In order to contend with this bike it will be a good motivation.” said in an interview with Crash.net. “It will be very important. Because only five drivers have won with two different teams in history and only one with Ducati.” The New Ducati Challenge will officially begin with Qatar’s test in the end of January. In fact, until the end of the year, the Spaniard will still be a Yamaha rider. Nevertheless, Lorenzo tried the Italian bike in tests at the end of the season, finding a good feeling and some good times on the track. 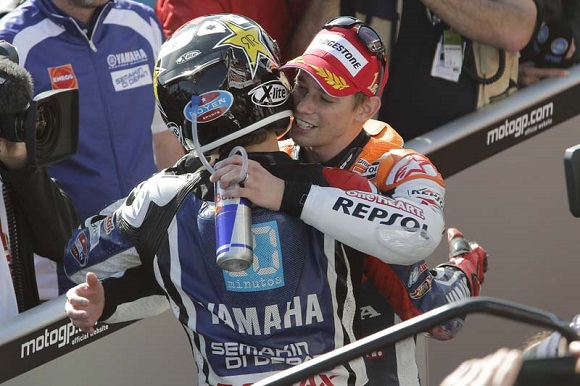 Max Biaggi will not be part of the New Ducati Challenge

Max Biaggi will not be the coach of Lorenzo in the next exciting adventure. The new “Max Racing Team” will take part in the 2018 World Championship and the former Italian rider will not help the Spaniard in his New Ducati Challenge. The former world champion will raise her young talent before their major debut in the world of important races.

Maybe there will be Casey Stoner

Jorge will ask Casey Stoner to serve as a personal coach. The Australian was the test driver of the Italian bike.A change is not so drastic that could be functional Lorenzo apprenticeship with the new reality.