MotoGP pilot – A whole group of riders, with two experts as Valentino Rossi and Andrea Dovizioso, did a wrong strategy. The image is macroscopic. MotoGP samples are not unprepared to handle an emergency, unlike their colleagues in the F1. The F1 drivers seem culturally and psychologically better prepared for these situations.

“It would take the radio.” said Valentino Rossi, referring just a tool that F1 has used for years. Without the radio, the signals of the wall box are “old”, is often not adequate. When you need to understand immediately what to do when there is a weather evolution, motorcycling is not ready. Many mistakes, lack of clarity. Why? A mindset just coached to certain emergencies, but also the role of the pilot. Much more important in MotoGP compared to F1. Where the relationship with the team is much more articulated and binding. 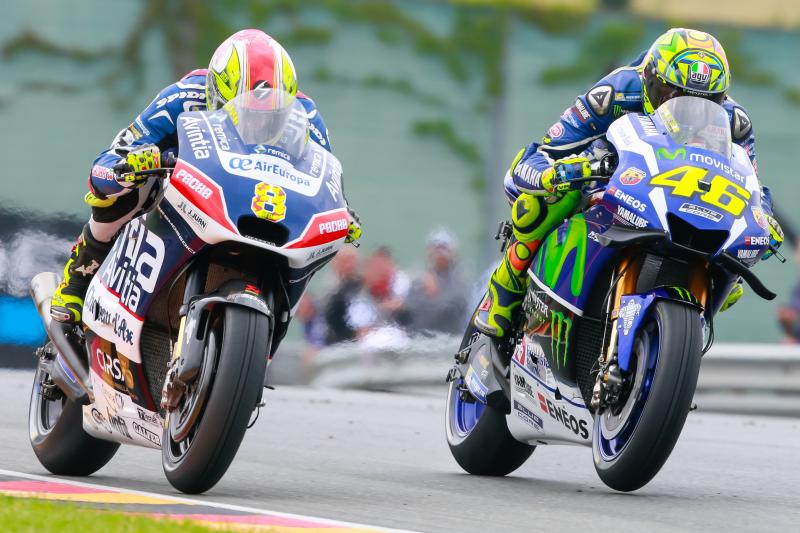 MotoGP pilot: Its personality and its Sensitivity Command

In the MotoGP World Championship, the pilot, with its personality, its sensitivity, command. Especially if the rider is Valentino Rossi. Yamaha rider can do it. The team allows this. An act not conceited. However, an act just plain normal for the Italian champion. MotoGP rider is only. A loneliness, typical and chronic. An act that can create great victories, but also big losers. Losses that can make losing a World Championship. It is done in case of Valentino Rossi.