Moto Guzzi V9 Roamer – When we saw it at 2015 Eicma, with her sister Bobber, Moto Guzzi V9 didn’t convince all motorcycle experts.

The Moto Guzzi V9 Roamer is the heir of Nevada, although it represents a huge step forward from a stylistic point of view. New frame and new design. It has more similarities with her younger “sister” than with her “mother”. It’s not a V7 reviewed and increased in displacement and in appearance. The engine, similar in look, has only 10% of components in common with the 750cc of the V7 II. The V9 style and look born in the USA. Because Piaggio Group has a design center in Pasadena, California. 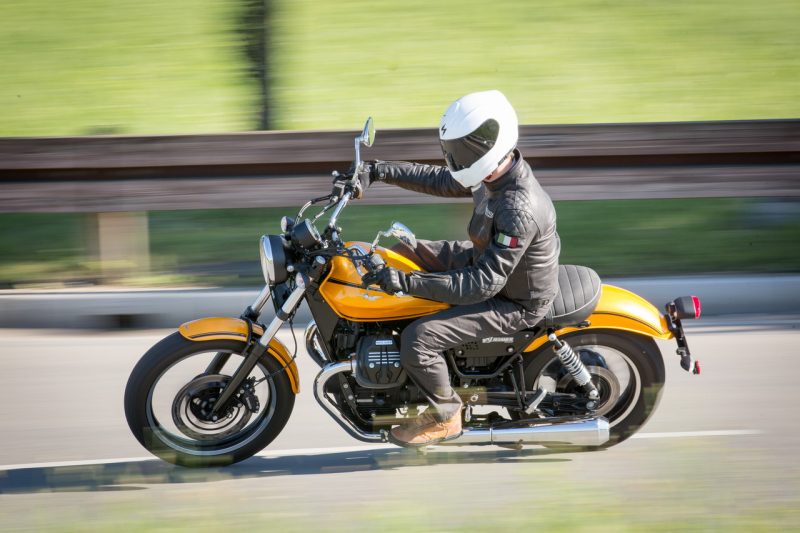 The Moto Guzzi V9 Roamer has so much metal and little plastic, just as tradition dictates. The tank, 15 liters, has a very personal form. It is the element that most distinguishes the look of V9, with her engine. It has a nice aluminum CAP, with Moto Guzzi on top, wide and nearly flat, while the graphics and pronounced ribs underscore his important presence. The Eagle enriches a very interesting look. The two steel fenders are the only other elements to match. The rest of the bike plays on the contrast of the black parts with chrome ones.

The 90° V-twin engine is all new. Not only in size and displacement. It rises to 850. Respects the tradition with a faithful to that known, very refined, with nice paintwork and milled with Moto Guzzi brands on the lids of aluminum heads. The Moto Guzzi V9 Roamer has 55 CV.  It wants to give a great driving pleasure, thanks to the couple and elasticity. We can confirm that the 55 horses are perfect for V9, with 62 Nm of torque at just 3,000 rpm. MGCT control it is very useful. Especially when the asphalt is not perfect. It operates on two levels, as well as it can be switched off. 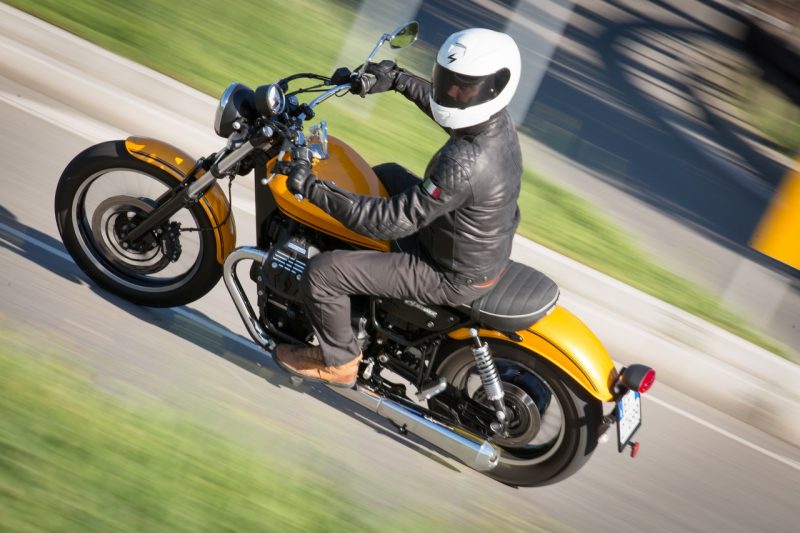 Of the two versions available, it is comfortable. Moto Guzzi V9 Roamer shows a slightly higher riding position (785 mm above ground, +5 from the Bobber), with a long and well padded seat. The last difference between Bobbers and Roamer is on the front wheel. The latter for both is 16″, while the second features a 19″, with the narrowest tire (100 against 130 of the Bobber). This makes it less fast between the curves, but certainly more comfortable and perfect for tourism.

Price starts from € 9,890 for V9 Roamer. Just for completeness of information, we are at about 1,300 euros more than the V7II Stone, among other things currently in promotion than this price, with a thousand euro discount. The Nevada 750, for the time being still available, under construction Black Eagle, has a list price of 8,840 euro. 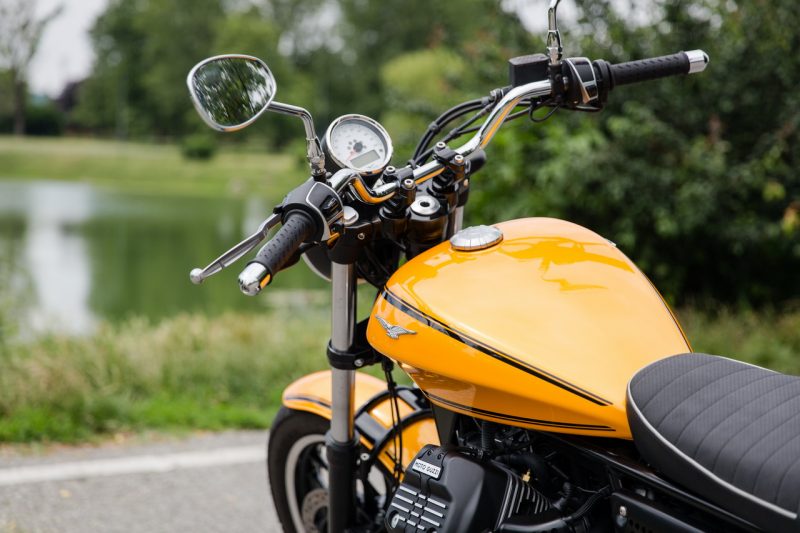 Thanks to Matteo Pozzi and Moto.Motorionline.com

0 0 0 0 0
Previous ArticleMotorcycle Clutch: How to Change It?
Next ArticleTavullia, Ranch and Riders Academy: Rossi's World
Comments (1)