Moto GP Ducati team presentation – Friday, January 20, 2017, at 10.30 pm, there will be the official presentation of the 2017 Ducati MotoGP team. During the event, there will be a live video stream. All fans and lovers of two wheels can follow. They can watch it on the Ducati official website.

Both Jorge Lorenzo and Andre Dovizioso will ride the new Desmosedici GP 17. Although, most likely, it will not be the same bike that they will use in the next MotoGP test. So, even during the 2017 season. So, the various MotoGP teams try not to show their prototypes before the beginning of the season. In this new season, the Ducati will try to aim for the summit and to be super competitive in the fight for the 2017 MotoGP world title. It will be difficult, but not impossible to do it. The arrival of the Spaniard is very important. Because the Italian brans wants to win a Title missing since 2007 when the Australian Casey Stoner won it. 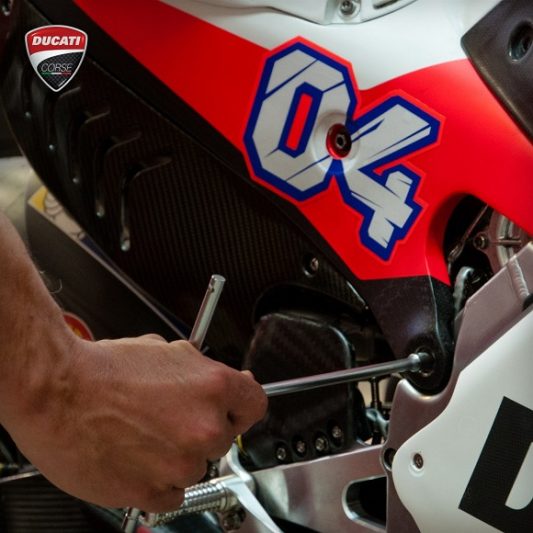 After Moto GP Ducati team presentation, the January 20 there will be the first 2017 MotoGP test. With three days at Sepang, Malaysia. The riders will test the new Desmosedici GP17. While the 15 February, the Italian bike will move to Australia on beautiful Phillip Island circuit. The last test will be in Losail, Qatar. From 10 to 12 in March. The same circuit will host the first Grand Prix of the 2017 season. So, the 2017 MotoGP season hunt will officially open. Marc Marquez is the favorite. But behind him there are Valentino Rossi and Maverick Vinales with their new Yamahas. Just behind the Ducati of Jorge Lorenzo. He is ready to write the story again for the Italian brand.