Maverick Vinales – Maverick Vinales is the fastest at the end of the second practice session in Germany. It’s the ninth round of the 2016 MotoGP World Championship. Sunday they will run into the Sachsenring circuit (3,700 meters). Turning in 1’22’161, the Spanish rider of the Suzuki precedes the Italian pilot Andrea Iannone, who in the morning was leading to the first session. Third place for the Spaniard Marc Marquez and the other Ducati of Andrea Dovizioso. He was fifth. 8th place for the Octo Pramac of Danilo Petrucci. The two Yamaha instead are missing even the top ten. Valentino Rossi is 14th. Then, there is the Honda of the Spaniard Dani Pedrosa, while Jorge Lorenzo is only the 16th. Tomorrow, Saturday, the qualifying.

“All right. The incident at turn 11 is almost always like that. You et out in front, and you don’t know why. Then, I went back on the track, I felt good and wanted to push harder with the new tyre. The feeling with the bike is good, but not one hundred percent. Because you have to work harder to set-up, brakes well.” said Maverick Vinales. 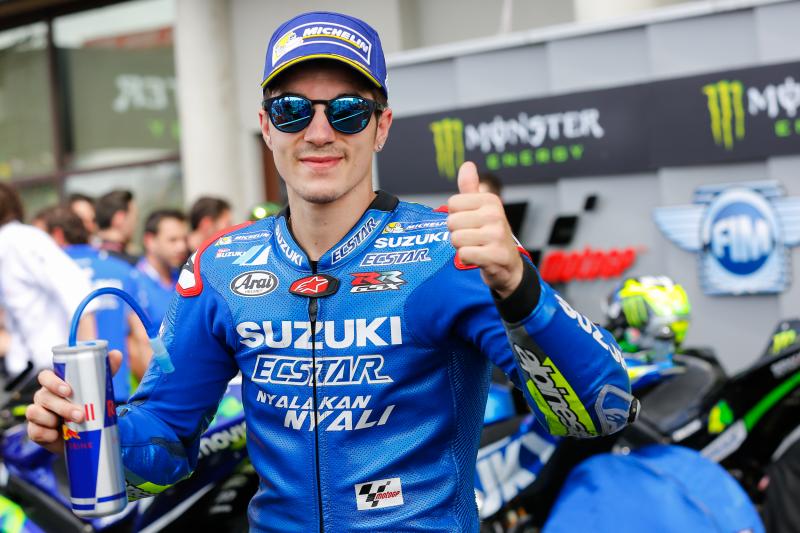 Behind Maverick Vinales, there is Iannone

“We didn’t go bad. From the start we had a good feeling. I am confident.” said Andrea Iannone at the end of the second free practice. “I like it the bike. I’m surprised and enthusiastic. Here, last year and two years ago, we have made so much effort. Once again we were able to do a good job.” Andrea Iannone says it after his second free practice session at Sachsenring, which ended with the second place behind Maverick Vinales. “We have problems with the grip, front and back.” says Ducati rider. “Michelin has brought the right tyres, but the problem is that the temperature is too low. We must adapt to better the setting of the bike for getting this situation. We have the same bike in Assen, we didn’t change and that’s good. We will try to do for tomorrow a different package “.

Then, Andrea Iannone admits to faced with courage the curve 11, although he is scared. “Whenever, I saw someone on the ground. I’m not doing it at full speed, but we will see you tomorrow to recover with higher temperatures.” concludes Andrea Iannone. At this point one of the possible winners  of the 2016 Germany GP.