Marco Simoncelli – The fifth and final episode of Valentino Rossi – Doctor Series is a series of clips that were created to show the life of one of the most famous and most beloved athletes in the Motorsport of the modern age. Everyone sees him, but few really know.

About the last episode of the series, we talked about yesterday (here the complete article). Today we want to talk even more about the Ranch. Where Rossi hosts the VR46 Riders Academy. Here the Italian pilot grows the champions of the future. The Academy was born to Marco Simoncelli. The true heir of Rossi on track. However, almost 5 years ago, Marco Simoncelli was killed in an accident during the race in the MotoGp class of the Malaysia Grand Prix at Sepang. He fell, losing his helmet, and two motorcycles, including Rossi, who followed him then passed over. 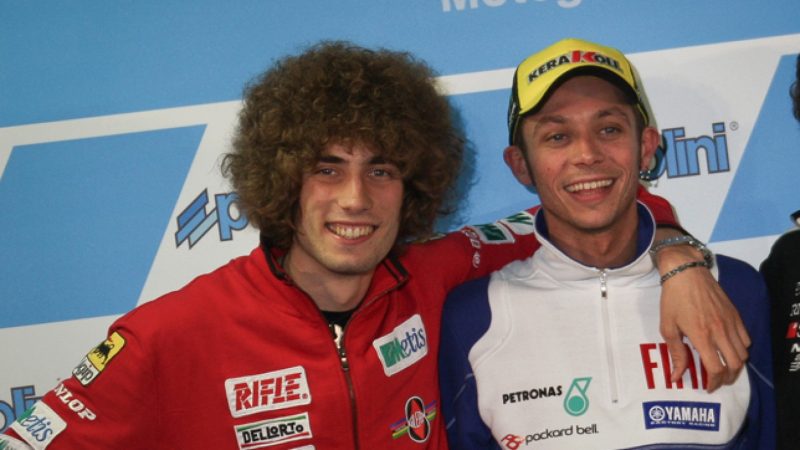 Marco Simoncelli was a brother for Rossi

The VR46 company has developed over the years. Today also deals with many other interests. Much had changed since the day when Marco Simoncelli died. Something changed in Valentino Rossi. Even today the Riders Academy is what we see in Tavullia, Rossi’s home town. “It was born everything as a joke, but now is a crazy organization.” says Uccio Salucci. “We try to convey to kids what it taught us in these 20 years of worldwide. Hard work, dedication, passion. I hope that at least one becomes not how Valentine’s day thing is impossible, but at least a quarter. It will be enough“.

“It all started from the friendship that was born with these guys.” adds Alberto Tebaldi. “Vale asked us to transform everything into something more professional. Before Vale was open only with Marco Simoncelli, who was like a brother. Then he decided to give it to these guys.” The company seeks the new Marco Simoncelli, a great driver and a great friend of Valentino Rossi.