Charismatic – Lin Jarvis praises Valentino Rossi again. “He’s a charismatic rider and  he is able to entertain.” said Jarvis. In less than a week, Moto GP will race at Assen. Valentino Rossi is looking forward to getting back in the saddle to give continuity to the success of Barcelona. The Italian champion wants to reach the top of the leaderboard occupied by Marc Marquez.

Vale is the protagonist of a series on Youtube “Valentino Rossi-The Doctor”, during which Lin Jarvis expressed his particular thoughts on the Italian pilot. “He‘s exciting and charismatic. He is able to combine fun and performance. He has the charismatic touch of Peter Pan. He loves motorcycling. He likes to sit on the bike. He is able to convey the true passion and wish for what he does. I think that’s the people appreciate it. Peter Pan, the boy who never grows up. Rossi expresses actually still that childish delight when moving on a motorcycle. It’s like if you set her up with Tiger Woods, Michael Jordan and Roger Federer and get on a motorcycle“. 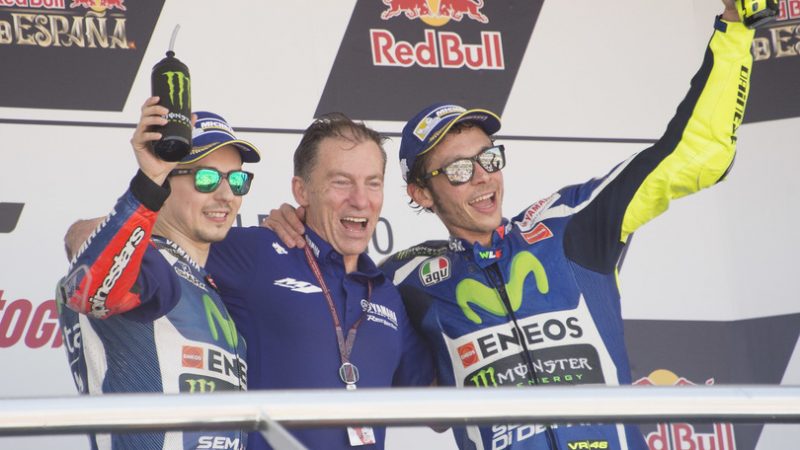 Charismatic also in the Game

The 2016 Edition of the Moto GP’s official video game changes its name. It wears the “yellow”. So, it adds interesting innovations dedicated to the Italian champion. Milestone has always been one of the most active software houses. In his two decades of activity, it finds a well-defined internationally. This year, however, the Italian programmers Italians give a surprising cut to serializing one of their flagship brand, MotoGP. In fact, they’ve decided to totally focus on the “Doctor”.

Valentino Rossi – The Game offers players the chance to create their own pilot and start their careers, “under the wing” of the Italian pilot. Through his directions, in fact, we will face a series of tests that will lead us to become professional pilots in all respects.