Jorge Lorenzo – A debut to forget in Qatar, an important test this weekend in Argentina. Here where the Ducati last year went into a curve from the shotgun, then fade for contact between Iannone and Dovizioso.

Too bad Jorge Lorenzo to be true. In Argentina, the former world champion has struggled. Once again the Spaniard will have to fight to get back to being a protagonist in MotoGP. “I have yet to learn about the Ducati. I learned that we are far from our limitations. I learned that I still have to get used to the reactions of this bike. But slowly, despite the results, I feel that there are some improvements. Even in the test in Jerez, those 84 laps were useful to take another step forward, both me and the bike.” said Jorge Lorenzo. 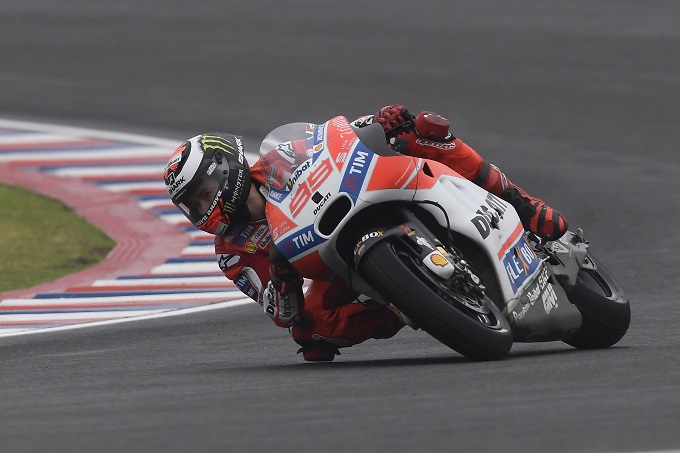 It’s a long journey. It would be tough you could imagine. You can’t throw everything away after the first race. And an eventual defeat in Argentina? Termas de Rio Hondo seemed to be the right place to clear your head of evil thoughts. “Historically Termas de Rio Hondo is a good track for Ducati,” said Lorenzo. “Though not one of my favorite circuits. In this track, there is always a little confusing at first. Because with the dirty track tires wear out quickly. If I’m leaving with good feelings, everything will be easier.“