Jorge Lorenzo – “My goal is not to do better than Rossi here at Ducati. That was another time and with other people on the team. Now, the bike and the tyres are different. The drivers are different and the response and performance of motorcycles have changed. I don’t make comparisons and not focus on what happened in the past.” Jorge Lorenzo wants to win the MotoGP world title for himself. He doesn’t want to think that if he wins with Ducati, he succeeds where his rival Valentino Rossi failed.

Jorge Lorenzo: “I’m sure I will not fail“

If he wants to win, Jorge should not be anxious of result. “Nobody knows what will happen. But I’m sure I will not fail. I do not know at what level I will arrive right away. However, sooner or later I will be competitive and I’ll win races. It would be a big mistake to be obsessed with the world title. Because it is the easiest way to getting stressed and make mistakes. Our obsession should be improving the bike every day. Only in this way can we become champions.” added Lorenzo. 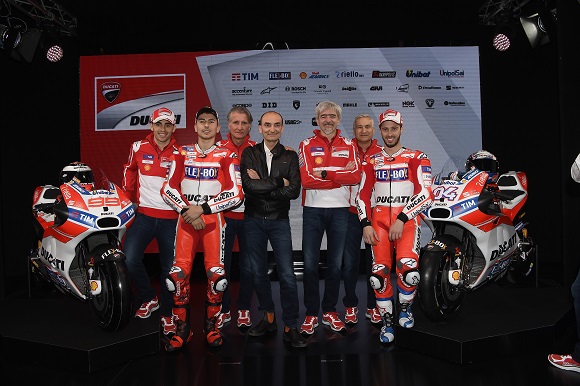 Jorge Lorenzo is the novelty of 2017. The Five-time world champion changes MotoGP Team and arrives in Italy. The home of his greatest enemy. Valentino Rossi. Next year, the Italian brand would fight for the MotoGP world title. If this pressure is not! But Lorenzo’s words make us realize that Spanish has very clear ideas.

Despite Jorge said that he doesn’t want to do better than Valentino Rossi at Ducati, I think this is not true. A rivalry so turned on can only give birth to continuous new challenges. Year after year. Race after race. This is the beauty of sport, the beating heart of MotoGP. Healthy competition is the basis of everything. The question is. How will the Ducati fans (mostly Italians) welcome the arrival of the enemy of Vale? So, for now it doesn’t seem so bad!

0 0 0 0 0
Previous ArticleNew Yamaha TMAX or New Yamaha YZF-R6: Make your choice
Next ArticleSeat Leon Cupra, a Spanish car for a Spanish Champion. A winning brand for a brand that wants to win
Comments (0)