Japan GP, Q1: Horoshi Aoyama was last, +2”174, from Bautista, the fastest. Race: Aoyama was 15th, 1’00″155, from Marquez, the winner. GP Malaysia, FP1: Aoyama is 20th, +2’691″ from Marquez, the leader. Aoyama knows perfectly the two tracks. HRC Honda test rider made hundreds and hundreds of laps. Why, however, did not run another pilot instead of Dani Pedrosa? The answer is no. Stop.

HRC HONDA, in Australia there was Nicky

In Australia, Nicky Hayden replaced Pedrosa. Former MotoGP World Champion ran very well. But now at the same time the Malaysian GP and Superbike Qatar GP. So, Niky is back in WSBK for the last race of the season. Since Hayden is engaged, the HRC Honda has no alternative. There’s still Aoyama. Remember that he is a world champion. But evidently he is no longer able to drive a MotoGP bike. 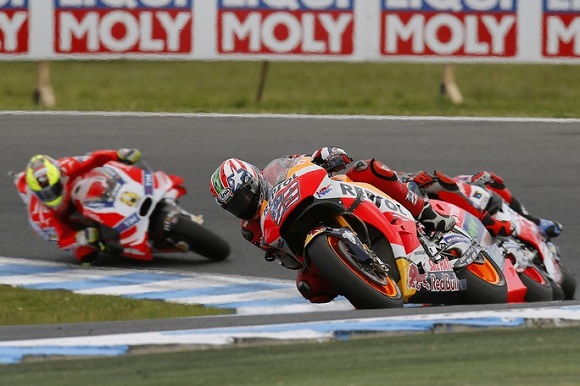 What happened to the Honda, of course, it could happen to other brands. If a driver is injured, the regulation forces to replace him. But with who? Suzuki team manager Davide Brivio admits that there is not an alternative.

MotoGP Substitute, even the SBK may not be the right solution

“Japanese brands testers run in SBK national championship SBK. Then, they test the bikes during their free time. In an emergency, the Moto2 is the best Championship from which you can take a few pilots. But, of course, you can’t. Then, you can think about SBK, until there aren’t concomitants. For example, Sunday we will run in Malaysia and SBK in Qatar. However, even the SBK may not be the right solution. Or rather, it is if you could choose an experienced pilot, who has already raced in MotoGP, as in the case of Nicky Hayden.” said Brivio. 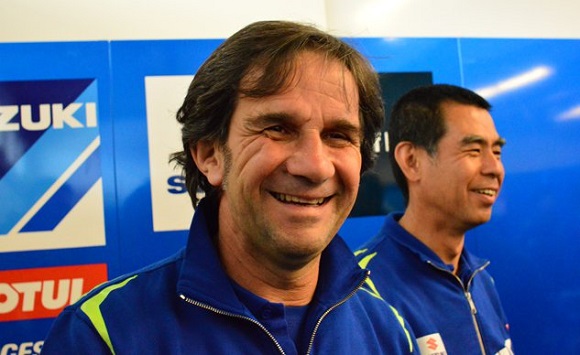 “The former world champion ran very well in Australia. There is no other Championship where to find a driver able of running in MotoGP. We also remember that any substitute doesn’t know the bike on Friday morning. He has only three laps to learn before qualifying. In the past the problem, wasn’t it. Today we have it. Because there was an obligation to replace an injured rider.” added Brivio.

Ducati is a good Example

Ducati works very well. Michele Pirro is a test rider, but he is very fast and often he rides a MotoGP motorcycle. “Yes. Pirro has always done well when it was named as a substitute. Because he is fast and because he already knows the bike. Pirro should not learn everything in the few free laps.” confirm Brivio.

A third driver can be the solution. “We should do as in F1. Every team has the third driver ready for an emergency. It is true that in MotoGP we organize ourselves to offer a replacement. A little to economic issues, a bit of superstition.” In this respect, therefore, the Ducati is ready. Pirro, actually, is the perfect solution. Because he’s not just a good test driver, but also a fast driver. 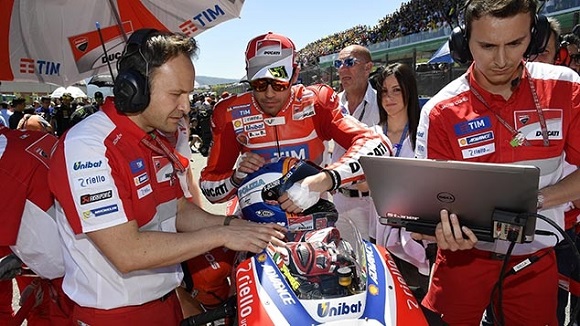 The third driver must test the Motorcycle before

Francesco Guidotti, team manager of Pramac team, reveals an interesting detail. “A private team like ours cannot have for regulation a third driver.” said Guidotti. “The problem is that MotoGP is the only class among all those of motorcycle racing that doesn’t have a National Championship. Then, there are riders who know these bikes. A driver, who does not know these tires, these brakes, who has never even seen the track, is useless and even dangerous.

“If you have to replace your pilot, the only world championship from which to draw is the SBK. However, there are not all okay. We need someone with experience that doesn’t do damage.” added Guidotti. Also, according to him, the MotoGP should think about a third driver. “Yes, this would be the solution. But he must do some tests before.”