Happy and No Happy – Happy and Not Happy is the title, if you will, of the 2016 German GP. The tactical masterpiece by Marc Marquez, the troubles of Valentino Rossi and the Lorenzo’s race difficult. When changing the tyres made the difference between the perfect race of Marc and the major disappointment of the two Yamaha riders.

Happy and No Happy: Marquez is almost Champion

Talking about the race, Marc Marquez admits that eventually “the strategy was important. But I also missed a bit in the beginning. I had made the right choice of tyres. I also made a mistake, going along. Then when I saw that the track was a little dry, I decided to try the change. It was early, too soon I don’t know, but I handled the bike at the beginning. Then at the end was completely dry.” said Marquez. Who decides the change the bike? “It was completely my decision, under these conditions.” said Marquez. “Must be the pilot. Because the receiver does not know the curves, the feeling with the track. The first two rounds with slicks were very difficult. I went very slowly.” said the Honda’s rider after the race. 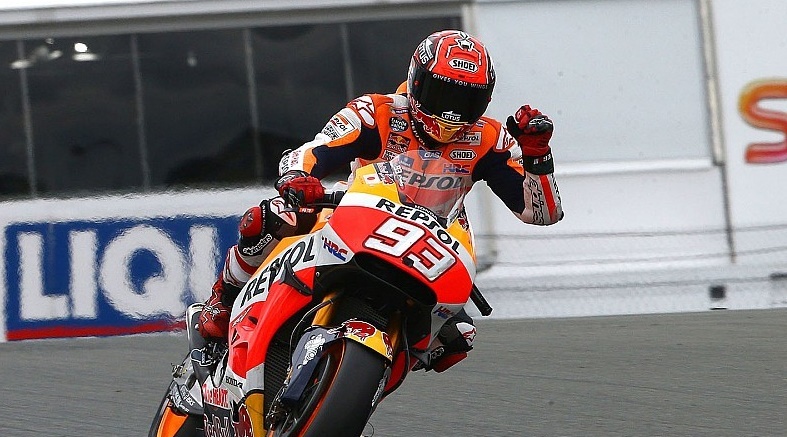 “After the warm up it was clear that I wouldn’t be able to fight with the best. But at least in the race that went better.” Jorge isn’t happy about his race in Germany. The Spanish rider closed the 2016 German GP with a disappointing 15th place. He wasn’t competitive during the weekend. “When the track started to dry I began to lose position. Why didn’t feel safe and I had little confidence in the front braking which in turn. So, I changed the bike when the team showed me. Maybe a little too late, maybe with a better strategy I could end up ahead.” said Lorenzo.