Fantastic Four – Moto GP race at Assen was one of those put into the record books. Not only for the many emotions that gave. The incredible, but deserved, victory by Jack Miller, in fact, broke off a dictatorship that lasted too long.

For the first time to climb the top step of the podium was not one of the “fantastic four” who dominated the world scene. Valentino Rossi (9 wins), Marc Márquez (26), Jorge Lorenzo (20) and Dani Pedrosa (7), but a “relatively obscure” Australian. And so, after 4 years and 62 GP, here’s the turning point. The end of Italo-Iberian hegemony. The last to win before the “Fab 4” was Casey Stoner with Ducati bike. He won in October 28, 2012, at Phillip Island. And 3 years and 8 months later, here’s another “Aussie”. To find out if it is an isolated incident or the beginning of a new era, simply wait for the next races. Meanwhile, just Stoner wanted to congratulate his compatriot, complimenting via Twitter. 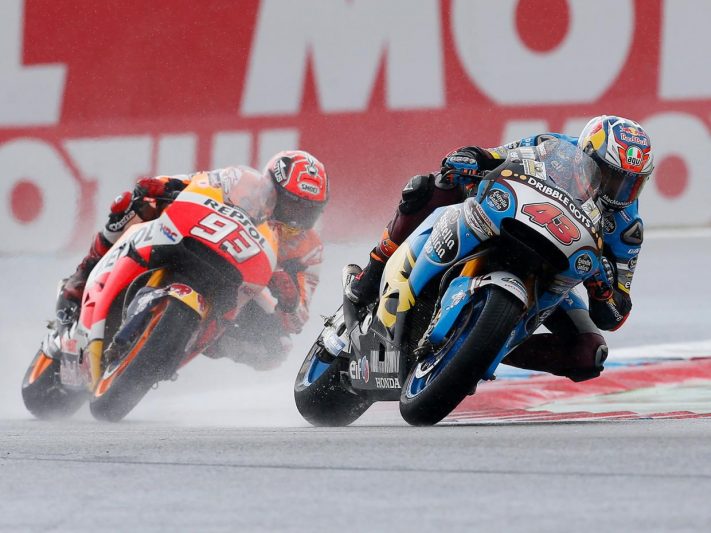 Jack Miller wins 2016 Assen GP. The young Australian rider arrived in Moto GP directly from the  Moto 3 class. “I feel great ones that I’m experiencing now.” So, Jack Miller, barely holding back emotion, tells about the triumph of Assen. “I wouldn’t know what to say at the moment, a lot of people have said that my plan didn’t work. I heard so many things, I’ve come to doubt that I didn’t run. I thank Honda for the trust you gave me.” added the Australian rider, the first triumph in his career. Miller’s victory in the Netherlands upsets global 2016. It’s Marc Marquez’s second place to do so. The young Honda pilot is firmly in command of the world rankings and seems intent on staying until the last race, the one in Valencia. Lorenzo and Rossi seem to be in trouble.

0 0 0 0 0
Previous ArticleJack Miller, the Celebration of a New Champion
Next ArticleRegularity: Marquez can win the Title
Comments (0)