EL DIA DE LOS SANTOS INOCENTES – Nico Rosberg has left Formula 1. For a month, Mercedes is looking for his heir. But it’s not easy. Many names get to occupy the vacant place. From Vettel to Alonso, passing for MotoGP riders Jorge Lorenzo and Valentino Rossi.

How to say no to the Mercedes?

Jorge and Valentino had the opportunity to test an F1. At Silverstone, the Majorcan rider drove a Mercedes. While a few years ago, the Doctor did a few laps with a Ferrari. Toto Wolff, Mercedes team principal, said, joking, that he would to offer the job to Valentino Rossi. “Wolff has my telephone number. How to say no to the Mercedes?” answered Vale. 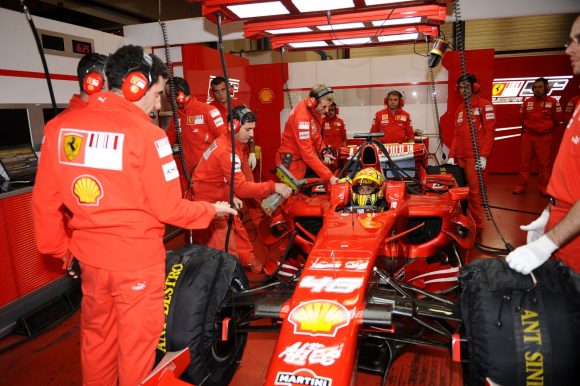 Now, a sensational news from Spain arrives. Solomoto.es writes that Valentino Rossi pass to F1. Officially. “Valentino Rossi leaves the MotoGP World Championship after 21 years. So, he will start a new adventure in the Formula 1’s world. It was confirmed this morning in a press conference at his ranch in Tavullia. He will be the official substitute of Rosberg next year.” We can read it on Solomoto.es.

“I am very happy to take this step in my career.” said the Doctor, as reported by the Spanish newspaper. “Years ago, I was almost ready for F1 and I thought I had lost every option. But after Toto’s call, I realized that there is still an opportunity. Although it was very difficult, I said to myself now or never.” would add Valentino Rossi. “A lot of new talent will arrive in MotoGP as Maverick Viñales, Andrea Iannone, Alex Rins. So, it’s time to give way.” would have concluded the Italian champion.

According to the Spanish newspaper, the Doctor received the Mercedes offer on Christmas day. However, the announcement would come just today. Because Rossi has time to communicate his choice to Yamaha. But it is a joke. In fact, in Spain on 28 December is “EL DIA DE LOS SANTOS INOCENTES”, the equivalent of “April’s fool day”.

0 0 0 0 0
Previous ArticleVespa Tours Tuscany: An Ideal Land for a Myth also loved in Hollywood
Next ArticleCause of Motorcycle Accidents: Pay Attention to Others
Comments (0)