Dorna Sports – Dorna Sports announces increased subsidies for independent MotoGP teams. Just before the German GP, it was announced that a deal has been struck which will independent teams to receive more financial support.

The deal will commence from the year 2017. Seven independent teams of MotoGP and IRTA signed the new deal. Dorna Sports approved this deal too. The independent teams from the year 2017 will get monetary support that will cover the maximum cost of a bike. The maximum cost is 2.2 million euros. Gresini, LCR, Pramac, Tech3, Avintia, Aspar and Marc VDS are the protagonist of this new deal. They will receive the main benefit of this new agreement. The independent teams will receive this money from any of the six manufacturers of the MotoGP event. 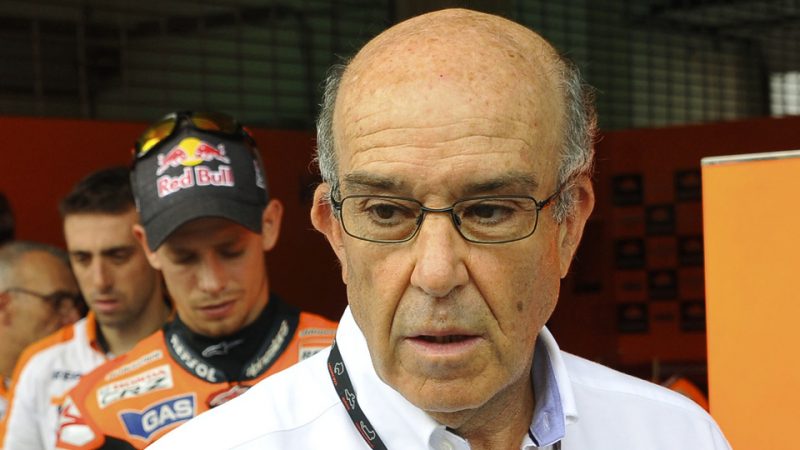 Dorna Sports is the commercial rights holder of MotoGP

This deal will make it easier for the independent teams to get two bikes for a single driver. If another manufacturer enters the grid, they would have to run under the guise of one of the independent teams. Dorna Sports CEO announced the deal at a press conference. Dorna Sports is the commercial rights holder of MotoGP. The limit for the cost of the bike was also set. From the year 2017, the cost of the bike is set at 2.2 million euros. This doesn’t include the price of the spare parts. This deal will last until the year 2021.

The new deal between the International Road-Racing Teams Association and independent teams will surely benefit them. So, Carmelo Ezpeleta (CEO of Dorna Sports) also revealed that the number of participants is set at 24. Since, KTM will arrive in the next year, the number will reach at 23. All the teams will have two slots only according to the new plan. Lucio Cecchinello will get the remaining slot. They are already preparing to introduce two riders by the year 2018. This deal will bring stability to the championship.

0 0 0 0 0
Previous ArticleMotoGP pilot and Its Loneliness
Next ArticleBevilacqua: "Superbike and MotoGP Together"
Comments (0)