Doctor Series – Milestone releases the trailer about the Moto GP’s history. It is in “Valentino Rossi – The Game”. Officially it opens the pre-order DLC with the PSN digital Valentino Rossi Historical Events. 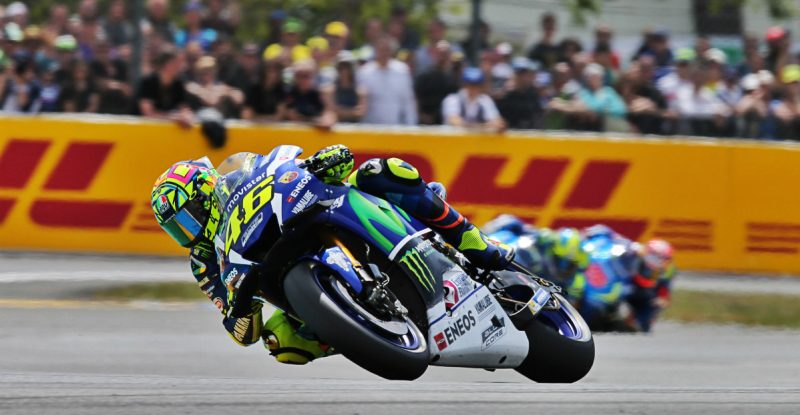 After announcing the Flat Track discipline with the Valentino Rossi’s MotorRanch. After acting the experience of Drift. After riding the Yamaha R1M on Misano and after showing the Rally with the Trailer dedicated to Monza, now we have the Moto GP’s experience. The gaming experience is more complete with the 4-stroke motorcycles, 500cc, 250cc and 125cc. Motorcycles very techniques, with less electronics, nervous and with an extremely physical guide. It has, also, 5 historical tracks. You can ride your bike through the circuit of Assen (year 2002), such as, or run on the Phakisa Freeway track (year 2004). Finally, you can play with all 2015 Moto GP’s riders.

Valentino Rossi – The Doctor Series is in Mugello Circuit

The “Valentino Rossi – The Doctor Series” Episode 2 shows us the most intense, emotional and important moments of Valentino Rossi’s life. In this episode, the main protagonist is the Mugello GP. In the Tuscany’s hills, there is the fast Italian track, where Valentino Rossi lived some of the most beautiful and most difficult moments in his career.

In the Italian circuit, the Doctor has won seven consecutive races. There is also a festival of color and noise. Here Valentino is the big star for three days. “Racing Mugello” follows Rossi in his “home track”. In the circuit of the “Yellow” passion. The Doctor explains what it’s like Mugello, “the race”. The emotions that you live on the track, but also off the circuit. The passion of the people, but also the battles with his friends-enemies. This is “Valentino Rossi – The Doctor Series” episode 2. The excitement of the Mugello GP in twelve exciting minutes. Take a look!