Catalunya GP 2016 – “One of the best races of my career“. Valentino Rossi said after his success in Catalunya GP 2016. “Unfortunately, if I think that I can’t bring back Luis Salom. I have done a little thing to remember him.” In addition, Valentino Rossi  makes peace with Marc Marquez. At the end of the competition the Italian rider has shaken hands with his Spanish rival. “Tonight, I thought that we do something beautiful and dangerous. The Moto GP’s drivers have to be calm and focused. The handshake I thought it was the right thing to do. Mugello race wasn’t good for me. Barcelona is one of my favorite tracks and I thought that for redemption the only thing was to win here.” adds Rossi after the Catalunya GP 2016. 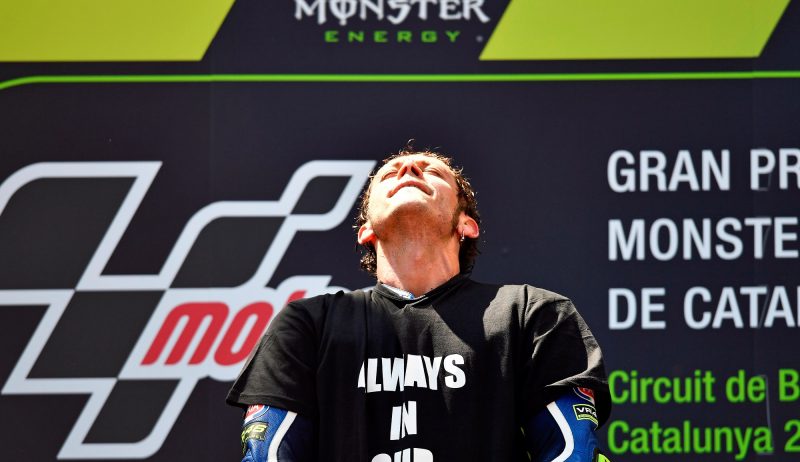 In Catalunya GP 2016, Jorge Lorenzo was forced to retire after a contact with Andrea Iannone. The world champion is furious. “Iannone always has this behavior. He never wrong. It’s always bad luck or blame other drivers. Instead of apologizing and accepting blame, he said that something happened to the bike, which broke the engine or anything like that. Did not have the courage or the conscience to say that was wrong and apologize.” For the Spaniard the Assen’s penalization is too low. “We need a more severe sanction. In soccer, sports less risky, there is red and disqualification“. Andrea Iannone defends himself: “I couldn’t do anything to avoid it. I braked on the same spot of all previous rounds. However, he was very slow at that time and unfortunately I didn’t touch it. We fell both. It might seem that I got a lot stronger and I wanted to try to overcome it, but it wasn’t like that and analyzing the telemetry data we had confirmation.” So, Jorge Lorenzo has a new enemy in the future.