Grades – Valentino Rossi won the Catalan GP on the track. In second place the Spaniard Marc Marquez (Honda) and third another Spaniard, Dani Pedrosa (Honda). The 2016 Moto GP’s World Championship is reopened. “I was in front throughout the race.” said Rossi, who wins his 114th GP (88 in Moto GP class). “I pushed a lot. However, unfortunately I wasn’t able to create a large gap. I knew it would be tough, and when I saw Marquez before I realized that I could do it. I tried again (with a passing move with two laps to go) and I took a small advantage.” Motorlands does his grades to the riders. 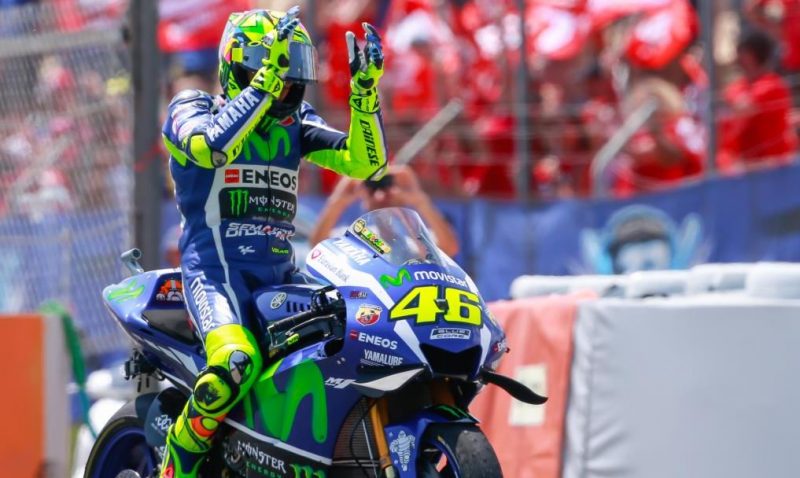 VALENTINO ROSSI – A+ Rossi reopens his world championship with a great race. At the beginning, he is forced to reassemble. Then, he defends himself from Marquez successfully. We do not like the words about changing the curve 9 decided by Safety Commission. After the race, Valentino recognizes that to be heard at the meetings you attend.

MARC MARQUEZ – A Great race. Marquez attacks Rossi even in the last kilometers. Then, the second place is fine. He was fair and correct. A good sign for the future. Beautiful the handshake with Rossi. We’ll see if the Spanish rider will always be a friend of Rossi.

DANI PEDROSA – B Pedrosa goes to the podium. He controls Vinales. Ordinary administration for the Spanish rider.

MAVERICK VINALES – B+ Spectacular in the early laps inventing impossible trajectories. Unlike Iannone, he doesn’t drop anyone and he wins the Grand Prix of the “others”.

ANDREA IANNONE – F A disaster. He “deletes” Jorge Lorenzo and reopens the world championship battle. After Dovizioso crashing down the innocent Lorenzo. Iannone must control himself and find someone who will give him some helpful advice to not destroy the races of others riders. The first lesson comes from the clerk of the course. In Assen, Iannone will start in the last place.

DUCATI – D Ducati isn’t there. Iannone KO, Dovizioso only seventh. Promises and premises were other. The current “scene” tells unfortunately more. Will Jorge Lorenzo have to worry?