Cal Crutchlow – Cal Crutchlow is the protagonist of a spectacular MotoGP season. He earned 85 points in the last six races, more than in the previous eight.

Cal Crutchlow admits that he offered to Ducati, while it is doubtful that Jorge Lorenzo may be the right man to win the title as soon as possible. Although the Briton is not exactly a novice in MotoGP, having debuted in 2011, and we can consider him as one of the surprises of this season.

Thanks to the excellent season 2016, Crutchlow tried to knock on structures with more facilities than LCR. He did it with the HRC. But then it renewed Dani Pedrosa. Before he did it also with Ducati, with which he had already run in 2014. Answering a question about his former team, Cal explained that he believes the Ducati’s intention is to win now. So, it may have been wrong to choose Jorge Lorenzo, who will have to go through an adjustment period that won’t be easy. 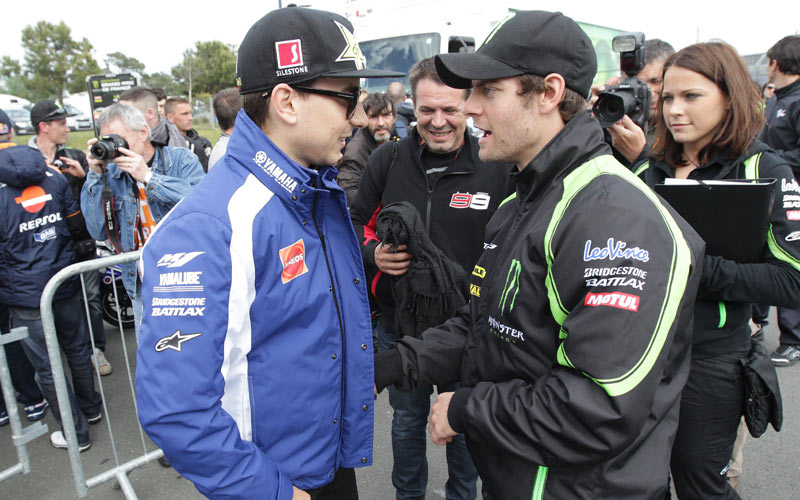 “Dovizioso would choose me.” jokes Crutchlow. “If the Ducati is looking for drivers who win the title right away with its current bike, I think that pilot is not Lorenzo.” The British offered him to Ducati before the Italian brand would sign the contract to 2015 world champion.

Cal Crutchlow: “Dovizioso would choose me“

“If you ask Dovizioso who would be his ideal replacement for Iannone. Surely he would choose me. Because I know some things on the bike. I know how to work with your team. But that doesn’t mean that I could do well as Lorenzo.” adds Cal. “What I did was send a message to Davide Tardozzi, wondering when I would have wanted to return. He replied ever.” Jorge Lorenzo will have a very difficult task next year. The Spanish is expected by a very difficult season between the search for the right position on the bike and with the new Italian team.

0 0 0 0 0
Previous Article2017 Yamaha YZF-R1M, the Order Application is Online
Next Article2017 Ducati, Lorenzo Could Test It In Valencia
Comments (0)