Aprilia Tuono V4 1100 – Aleix Espargaro closed the two-day test in Valencia with a ninth place. The time was less compared to that of the RS-GP during the GP qualifying. The Spaniard was satisfied.

After the Suzuki’s adventure, Aleix Espargaro was very pleased with his debut with Aprilia. Indeed, the Spanish pilot didn’t expect these test results. “I’m very happy with the first sensations with my new bike.” said Aleix Espargaró at the end of the Valencia test. “It was very nice also the first contact with the team. Everyone has clear goals. I am very enthusiastic about the project. The RS-GP is very competitive, more than I expected. The front is really perfect. Now, I just want to improve and develop it in the right direction.”

Before seeing Aleix Espargaro on board the new Aprilia in MotoGP, we can enjoy the new Italian Sportbike. The Aprilia Tuono V4 1100 2017. It’s an upgrade of the model we are already known. But now it has the evolution of dynamic control package APRC, Cornering ABS, the pit-limiter and cruise control. The engine is the V4 with 175 HP. Like its “sister” RSV4, two versions compose the new Tuono V4. The RR and the most exclusive Factory. 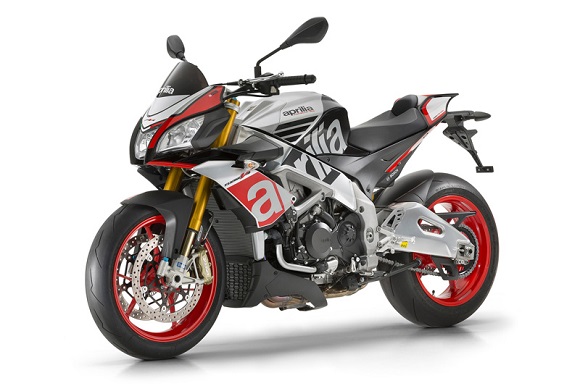 The Aprilia Tuono V4 1100 RR will have two colors. Grey Portimao and Black Assen. While the Tuono V4 1100 Factory has the Superpole graphic. The Factory version has the Öhlins suspension and the pigtail derived from that of the RSV4 (with two-seater). The cast aluminum wheels are the same for both models, but change tires. The Tuono V4 1100 Factory has sportier Pirelli Diablo Supercorsa, with the rear section increased to 200/55. The V4 RR has the Pirelli Diablo Rosso III, with the rear section of 190/55.

The engine gains a new exhaust with silencer equipped with twin Lambda probe and integrated valve. 175 BHP @ 11,000 RPM the declared value of power and 121 NM at 9,000 RPM peak torque. New also the engine control unit, with greater computing capacity and able to manage the raising of the maximum rotation regime. Now of 500 RPM higher. 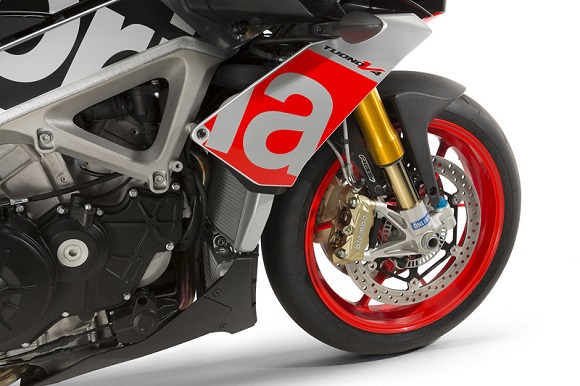 The new Aprilia Tuono V4 1100 also has the advanced Bosch ABS with Cornering Multimap. It ensures maximum safety on the road without making compromises on the performance circuit. The system 9.1 MP optimizes braking and cornering ABS intervention thanks to a specific algorithm. It constantly monitors various parameters such as lateral acceleration, the pressure exerted on the front brake lever, the angle of bend, pitch and yaw. But also modulating brake action for a better relationship between deceleration and stability.

New ABS works with the RLM

The new ABS works with the RLM (Rear Liftup Mitigation), which limits the rear wheel lift under braking. It is adjustable in 3 levels of intervention. We can find different experience and the best possible combination. How? With three mappings of Cornering ABS combined with three new maps (Sport, Track, Race). Also completely new futuristic digital instrumentation TFT color, with two selectable screens (Road and Race, both with backlight or night). 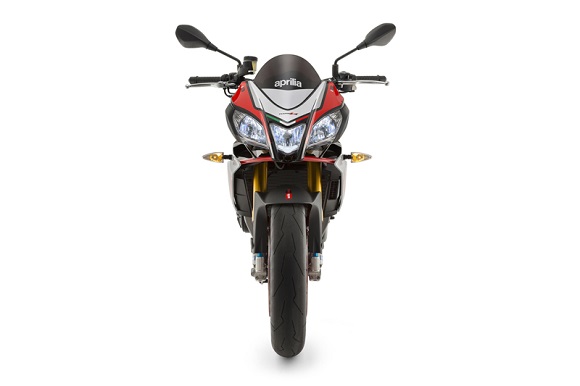 MotoGP now is no longer a dream

With these new Supersport bikes, we “mortal” can have the same (or almost) technologies adopted by great champions of the track. Of course, we must be very careful to manage our bikes on the road. However, it is certain that the new electronic and security systems allow us to do that very well.

0 0 0 0 0
Previous ArticleMotoGP Betting 2017, The Surprise May Be Maverick
Next ArticleDucati MotoGP Team and Jorge Lorenzo Want the advice of Casey
Comments (0)