Aprilia SR 150 – The Piaggio Group continues strong growth in the market. A growth characterized by large volumes with the entry of Aprilia into the Indian scooter market.

In the next few days, Piaggio Group will launch the sports scooter Aprilia SR 150. The price is 65,000 rupees. This decision will place the Italian brand in a segment that presents growth rates even higher than the progression of the entire Indian scooter market. It will help the Italian group to pursue a new industrial and commercial strategy.

“Before we have positioned with success the Ape and the Vespa in the premium range of the Indian market. Then, we will offer another great model.” said the Piaggio Group Chairman and Chief Executive Officer Roberto Colaninno. “We will do it with a new scooter. The Aprilia SR 150. A vehicle that has the Noale brand’s sporting qualities. Also, the style and modern technology distinguished it than direct competitors.” 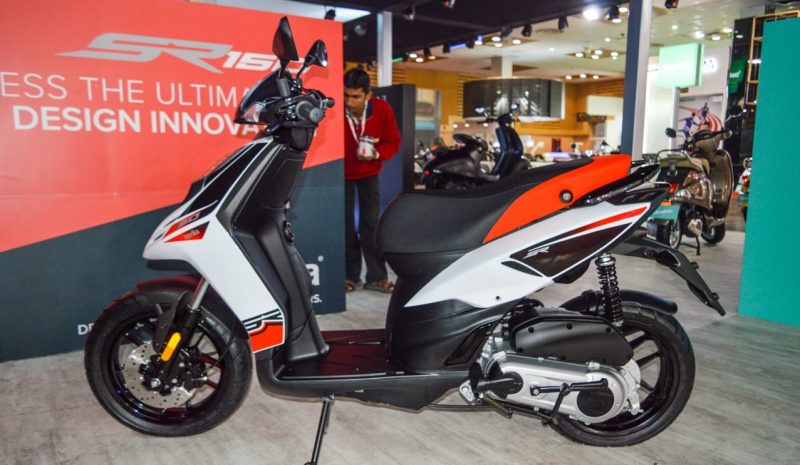 Aprilia SR 150: For a new generation of young Indians

The Italian sport scooters combines the feeling of a sport bike with the ease of use. Typically for a scooter. It is designed and engineered in Italy. The Aprilia SR 150 born in the Piaggio Group’s factories in Baramati. It has all content typical of the brand’s. Such as sporty and aggressive styling. A modern 4-stroke 150cc single cylinder guarantees the top performance in its class. It is a very brilliant engine. Also, the large 14″ wheels with five spokes characterized the Aprilia SR 150’s aesthetic. They show a true racing design taken from race bikes Aprilia. They are protagonists on the MotoGP Championship ‘s circuit.

The new Aprilia SR 150 is modern, dynamic and it embraces the international culture. In particular, a new generation of young Indians. Now, they are driving the social force and the economic growth. But also the change of the country. The new model will be available for purchase during the month of August. However, you can already booked at the Piaggio Group’s distribution network.

0 0 0 0 0
Previous ArticleDucati, Winning is just a Matter of Time
Next ArticleSachsenring GP: How work Brembo brakes in Germany
Comments (0)