Andrea Dovizioso – Ducati signs a new deal with Andrea Dovizioso for the 2017 and 2018 seasons. The press release of the Italian brand confirms this important decision. In the next two seasons, Andrea Dovizioso is officially the teammate of Jorge Lorenzo on the Ducati Desmosedici GP.

“I’m very satisfied for the new deal with the Ducati team. I want to ride with Jorge Lorenzo.” told Andrea Dovizioso. “We have worked very hard. The Desmosedici GP has reached a great level of competitiveness. This team has a great future in the Moto GP championship.” Andrea Iannone remains with the Italian brand only until 2016. After two years he will leave Borgo Panigale. Probably, Iannone will go to Suzuki instead of the Maverick Vinales. For Ducati, Iannone will continue to prove his great qualities. Also, after an official confirm. “I’m disappointed. I finish my agreement with Ducati. However, I’m grateful to the Team for the great experience. I’m debuting in Moto GP with this great factory. I grew up with them during this long period. I will always work hard. I’m convinced that the Desmosedici GP motorcycle is very competitive. We can get great results in 2016 Moto GP championship.” 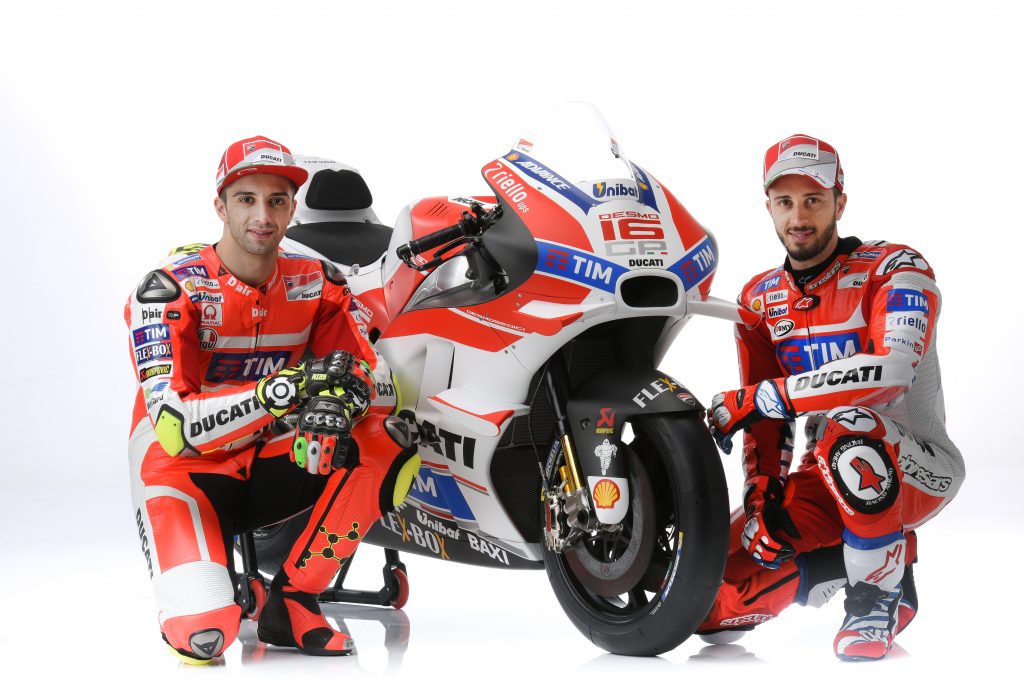 The decision was very difficult, explain the Ducati team manager Gigi Dall’Igna. Especially when the Ducati has two great riders in the team. “We are very happy. Andrea Dovizioso and Ducati will stay together for the next two years. We continue the successful work. It started four years ago and we want to grow up it. We’re sorry for Andrea Iannone. Andrea will continue to work hard during the season. We’re sure of that.” told Dall’Igna. Gigi Dall’Igna has recognized the great work of Iannone. In 2017, Andrea Dovizioso must give a great help near the world champion Jorge Lorenzo.