Alpinestars – Last Thursday, Yamaha announced the agreement with Maverick Vinales and “media life” of the young Spaniard changed. Now the attention for the next teammate of Valentino Rossi’s teammate is very high. The 21-year-old is the future of the Moto GP’s World Championship. 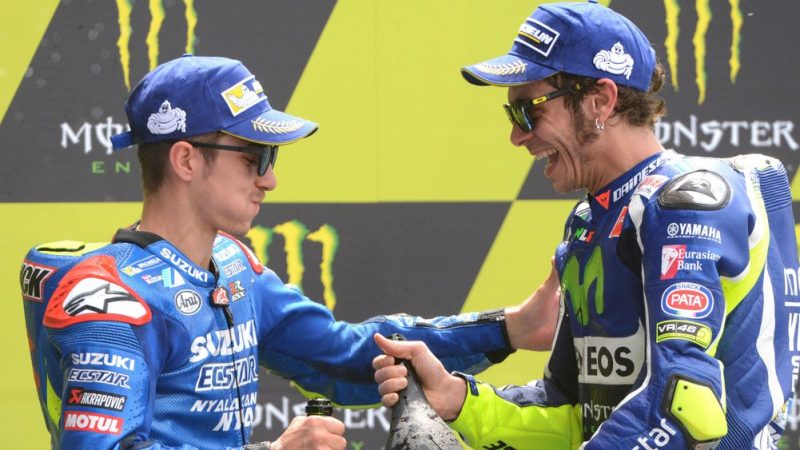 At Mugello, he did well in qualifying, “pulling the wave” on his next teammate and placing a strong second place on the grid. Then, unfortunately, a disastrous departure forced him to make a comeback race, finished in sixth place. The result does not compromise the talent of a pilot. Especially if you’re the “After Rossi” (but also the after Lorenzo). Alpinestars decides to celebrate the Spaniard pilot with a nice video, where Maverick shows himself not just on the track, but also in his private life. Between a cross training and time spent with his girlfriend, motocross champion Kiara Fontanesi.

Vinales moves from Suzuki to Yamaha and in 2015 December Kiara Fontanesi left Yamaha for Honda. Different choices for the two lovers. Choices that still lead to many victories. During the end of year party organized in Collecchio to Corte di Giarola, Kiara showed up with her boyfriend Maverick Vinales and surprises all 300 guests discovering the bike with which runs the 2016 MX World Championship. Not the Yamaha YZ 250F, but a Honda CRF250. The new motorcycle, which is blue and white like the Yamaha, maintains the number 8, the Fontanesi’s trademark. “Now I go a few days on holiday. I’m pulling the plug and recharge my batteries. In January, I will take confidence with the new bike. Thank you all for the warmth and friendship extended to me.” said Kiara. With Yamaha, Kiara debuted when she was only Fifteen. She won 2012, 2013, 2014 and 2015 MX World Championship, in addition to some prestigious races in the United States.