Motegi GP FP1 – “I am sick. It was a difficult journey. I did not sleep. I hope to get better.” Valentino Rossi arrives at Motegi not in top form and track shows that. Italian rider closes Japan GP FP1 in fourth place. The quickest in Motegi GP FP1 was Andrea Dovioso, then Marquez and Lorenzo.

Motegi GP FP1: The First step of a long Journey

Valentino is prudent. “Because I look a little desperate detachment from Marc, 52 points. It’s not over, all right.I should also try to administer my advantage over Lorenzo. The goal is to get in front of those two, but risking everything would not be intelligent.” Motegi GP FP1 is the first step of 3 important Grands Prix in 3 weeks. “Very stressful. In Japan a lot will depend on the weather. Cold, fog. And Michelin. Too many unknowns.” The Doctor promises at least a success for the end of the season. “This year I stopped at 2 victories. Few. But now we have 4 races. And I am there.” 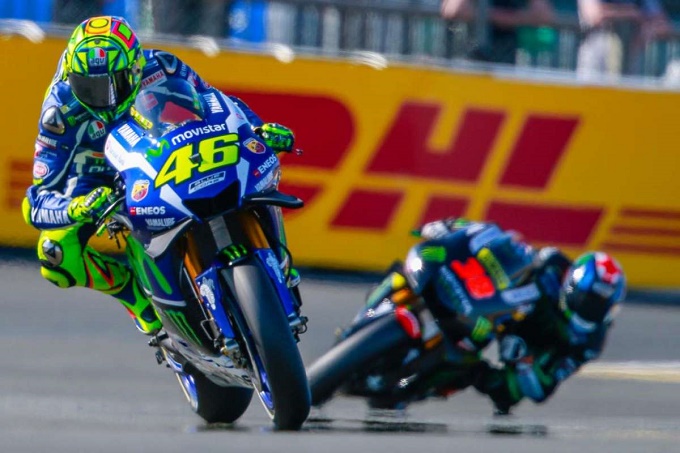 Rossi speaks already for next season. “We’re working on it. Although we have not yet tested the bike for 2017, unlike Honda and Ducati. I believe it will be very different from the current. We wanted a big change, I am optimistic.” Also Ezpeleta in his interview with Sky Sports HD talks about Rossi and his future. “For me, the day Valentino will retire as a driver, he will continue in MotoGP. If Valentino will remain here, will remain the passion. Because the passion is towards him or towards its reflection on its pilots.”

If Marquez wins, Rossi don’t get past the 14th place and Lorenzo will not go on the podium, Marquez could be the new world champion. But the Spaniard doesn’t want to think about it. “I have to finish races. I don’t care when, where and how, I want to win the title.”