Stoner – Jorge Lorenzo recognizes the merits of Marc Marquez. The Honda pilot is the absolute leader in the 2016 Moto GP world standings. “In 2014, he drove the bike more competitive. Now, he takes a lot of him.” Jorge Lorenzo speaks about it to Marca, an important sports daily.

Jorge Lorenzo pays tribute to the value of his opponent. According to Lorenzo, Marquez makes the difference and not his current teammate, the Italian champion Valentino Rossi. In the Netherlands, Jorge Lorenzo played one of his worst GP. “However, if I don’t collect more zeros and not dispute other ugly GP, I can fight for the title until the end. From Montmelo the situation was negative. There fell, because of Iannone. In Assen, i didn’t find the fine tuning. It was a disaster under all conditions. However, I gathered anyway six points, but a black day like this that make you grow. ” The World Champion speaks about Valentino Rossi. So very hard. “Learn to lose is important.” 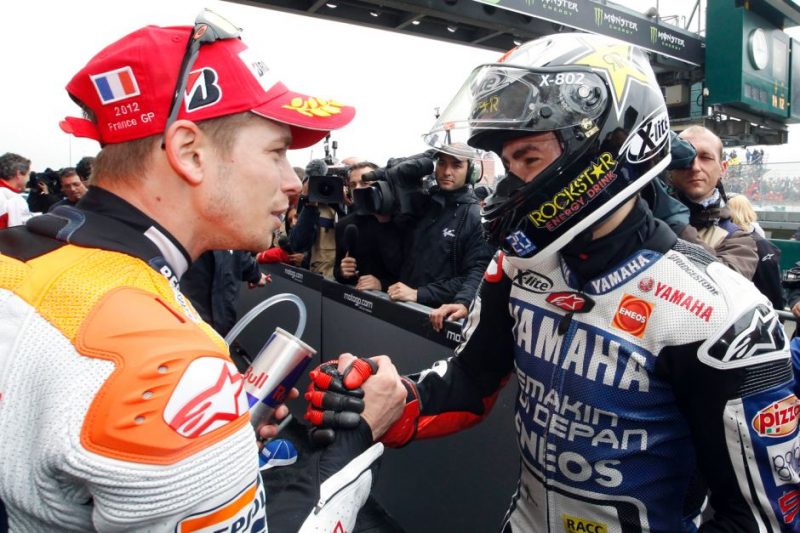 Stoner and Gabarrini in Ducati

Then Lorenzo analyzes two other factors. The tires and the “coach”. “The tyres are playing a decisive role in this world and as a coach to Cadalora, as Rossi, I do not know whether it is crucial even though at times it can be useful. I was among the first to have a similar figure with Debon and then Wilco Zeelenberg.” said Lorenzo. Meanwhile, Casey Stoner’s shares rise as a possible coach of Lorenzo. The relationship between the two is very good and the Spaniard has defined the arrival of Max Biaggi in the Ducati garage as “just a chance.”

Not only Stoner Jorge Lorenzo’s team. In fact, the Australian would also lead Christian Gabrrini as race engineer. Gabarrini was engineer of Stoner in Ducati and in Honda. In addition, it has often been approached the Spanish world champion.