Lamborghini – Casey Stoner and Andrea Dovizioso accepted the Lamborghini’s invitation. They spend a day at the Imola’s track. In fact, the two riders participated in the Lamborghini Track Academy.

Ducati’s riders had the same Lamborghini’s client program. However, on the track they had a single instructor for each one. He helped them on the track. For example, Casey Stoner had never driven in Imola. He found the experience very interesting. For Stoner, the Imola’s circuit is one of the nicest tracks he has ever seen. Also, Andrea Dovizioso had never driven a car at Imola. 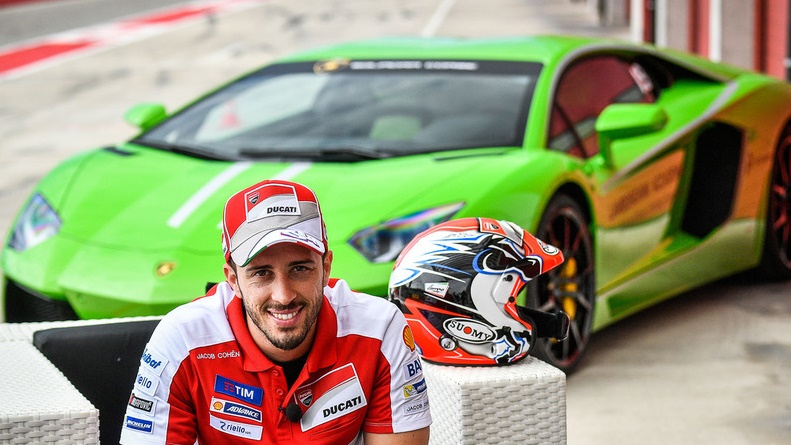 Stoner and Dovizioso used a Lamborghini Huracan 610-LP. They made many laps with the Lamborghini’s instructor.  “It was a wonderful experience.” told Andrea Dovizioso at the end of the session. He likes the Huracan’s V10 engine. “Adrenaline is the same. No differences between Moto GP’s bike and this kind of supercar.” adds Dovizioso. The Huracan’s versatility impressed Casey Stoner. “The car was very easy to drive in everyday use. Very usable. However, on the track it had such high limits.” said Stoner. Also, the two Ducati’s riders spoke about driving differences between motorcycles and cars. For example, they must adapt to the supercar. “This kind of car is completely different from a motorcycle.” said the two pilots. 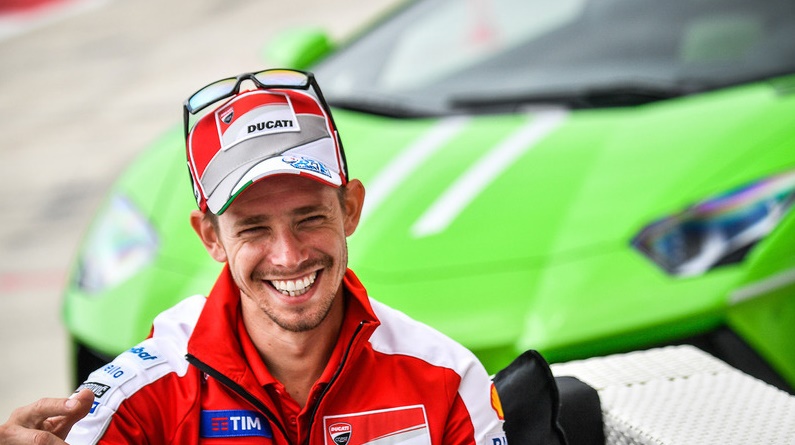 After Lamborghini’s Experience, the two riders must return to Moto GP’s labors

Casey Stoner is a Ducati test rider. Andrea Dovizioso will race with Ducati also in the 2017 season. He will be the teammate of Jorge Lorenzo. The star of the Moto GP’s market drivers. During the 2016 season, Andrea Dovizioso has some problems. Andrea Iannone, his current teammate, seems to be faster. Instead, all Ducati’s fans await Casey Stoner in a regular race. We’ll see if the Australian will satisfy the “Red” dream. Maybe in some next races.

0 0 0 0 0
Previous ArticleNew Honda CRF1000L Africa Twin - Test on the Road
Next ArticlePoor Sportsmanship: Vale Can Do Something
Comments (0)