Brakes – Mugello GP, the sixth round of 2016 World Championship, isn’t a difficult circuit for the brakes. The only one exception is the first cut out after the finish line. Granting to the technical data of Brembo, under braking at the end of the curve San Donato, the speed slows down to 351 km/h at 91 km/h.  The brakes need 5.6 seconds and 318 meters. Carbon brake disc temperature reaches up to about 700° c.  Each team provided telemetry data at the conclusion of the official session of the Mugello GP.  The ranking of the best “the last of the late breakers”, that is to say, those who begin braking closer to the apex of the bends San Donato were assessed.

The best five “last of the late brakers”: 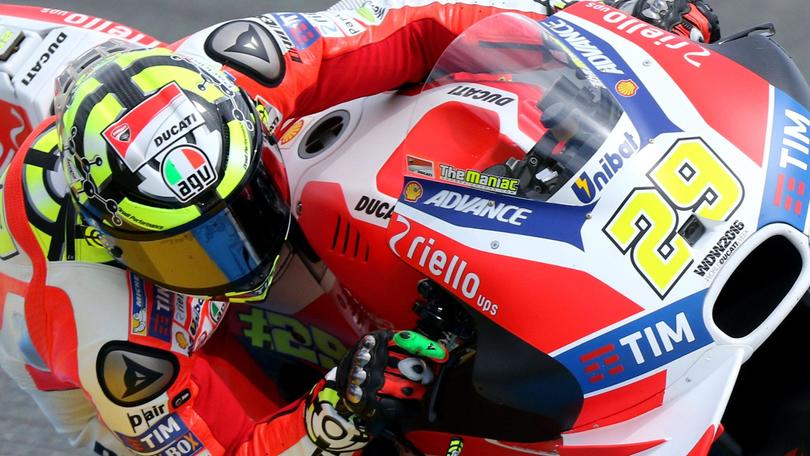 Andrea Iannone has finished on the podium at Mugello. He is faster than ever in Moto GP. 354.9 km/h touched with Ducati in straight at the start of round 2. “Maybe it is just a number, but I have the chills. I can say that the adrenaline is incredible. For me this is like touching the sky with a finger. It’s a very high-speed. Too much no, but it is not easy to manage.” said Iannone. After exiting the pits, on the track there is a little ascent. “They’re my bike comes off for a moment with both wheels. Some fear comes, I admit. However, it’s like a roller coaster, we go up and you’re terrified, but then you’d do another round. Feeling that something is going on, try a jolt of adrenaline, but you don’t realize. You aren’t conscious at all. You don’t see anything you like in a tunnel, staring forward. It also happens to hold a little breath, but it happens to every acceleration. Fear? No, you can’t have any.“