Bad Luck – Silvano Galbusera speaks about bad luck. The crew chief of Valentino Rossi talks about the incredible Yamaha’s engine failure, which forced the Italian pilot to retreat in the GP of Italy. Jorge Lorenzo won the Mugello GP, followed by Marquez and the Ducati’s rider, Andrea Iannone. “We used the engines in the previous race.” said Silvano Galbusera Italian radio. “It was the third engine of Valentino Rossi and Jorge Lorenzo. Both had passed no problem. The engines that we had removed had almost twice as many kilometers. We can’t understand what happened. We have to dissect all the engine parts. The motor of Valentino had far fewer kilometers to Lorenzo, replace it in advance, after what happened to Jorge in the warm-up. It meant to run ruby with an engine that has never been used. It was too risky. We didn’t take anything special at Mugello. We used engines sealed, closed. Nothing different. It’s probably just bad luck.” 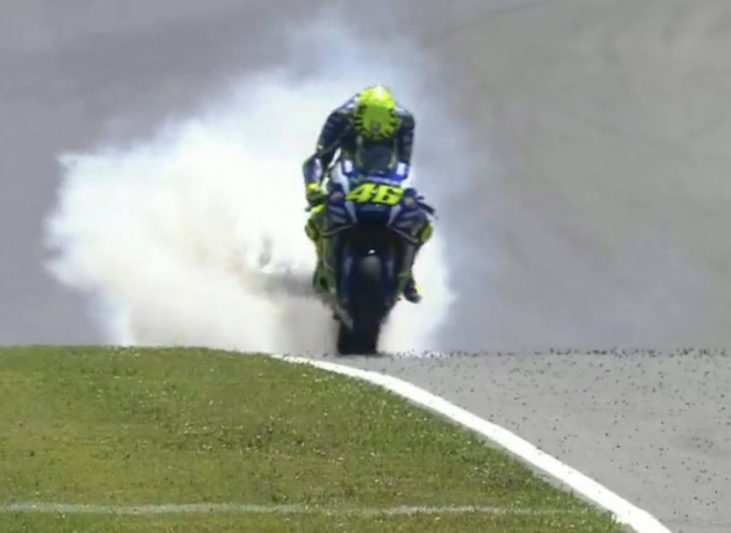 According to Rossi’s crew chief the Italian rider could  win the Mugello GP and the engine failure was just bad luck. “Valentino was very competitive since Saturday. He was there with Lorenzo and Rossi was stronger than the Spanish. We didn’t think the reliability. Valentino reminded me that the last broken engine was in 2007 Misano. Some broken one behind the other two engines make me believe that something in the supply was not up to par.” adds Galbusera.

Meanwhile, in Italy appears a video showing a  mannequin of Marc Marquez burned by some Rossi’s fans at the Mugello circuit (at the end of the article you find the video published by the Italian daily “La Gazzetta Dello Sport“). In the video, we can see the Rossi’s fans very happy about it,  that has nothing to do with the Moto GP’s sport and his passion. The duel between Rossi and the two Spaniards will continue in Catalunya next June 5.

0 0 0 0 0
Previous ArticlePolysil: After the F1 the Debut in Moto GP
Next ArticleBrakes used very little, Iannone Takes Off
Comments (1)