Hard Message – After the Mugello’s GP victory, Jorge Lorenzo has posted once a “hard” message to Valentino Rossi. The Spaniard hasn’t missed the chance to dedicate his victory to the teammate.  The day after the controversy triggered by the 2015 world champion Jorge Lorenzo and Marc Marquez on the “alleged biscuit” between Rossi and Vinales during Mugello’s qualifying. After the destination line, Jorge Lorenzo has posted once a “hard” message to Valentino Rossi. He got up on his Yamaha. He made the gesture of taking notes and then to see what he was writing. “Follow a wake is how to copy in a test.” said Lorenzo in Saturday’s Press Conference. “El Baleari” had already made out something similar in Qatar. After the inaugural race of the Championship, won by the 2015 world champion, he did the gesture “of silence”, in clear reference to Rossi and fans who whistled him. 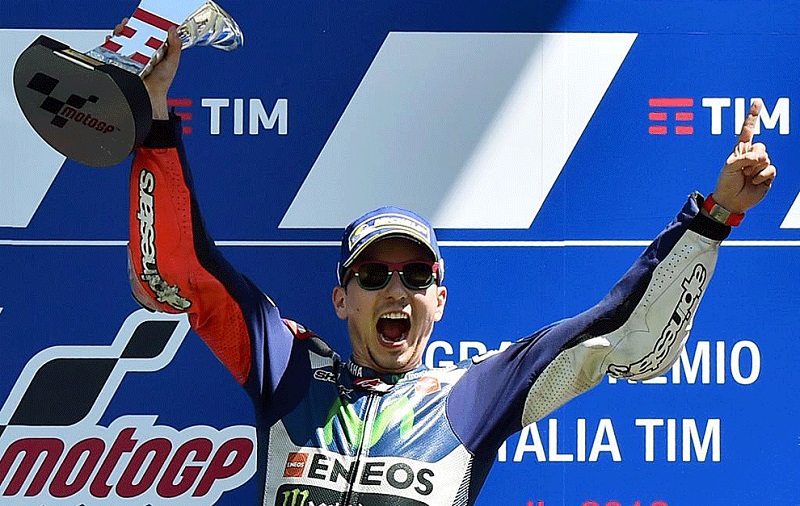 After the victory of GP of Italy, Jorge Lorenzo keeps the smile, then exults without brakes and send another hard message to the champion of Tavullia. He conquered the Mugello, “Fort” of Valentino Rossi. “It’s one of the most beautiful victory of my career. Someone says that I can only win starting from pole. However, I’m able to win a race also in comeback“. The Yamaha’s rider Jorge Lorenzo is enjoying the highest tone of the podium in Mugello, the fifth of his career in Moto GP. A track he likes, a track that inspires him. “It‘s true, the departure is one of my strong points.” said the Spaniard after the Italian race. “Why shouldn’t I take advantage of that? Now with Marquez was a battle at the end. I was really tired, take the motorcycle path was not easy. When he ran by again, I thought I’d lost the race. Then I remembered the overtaking, in 250 cc, against De Angelis and I tried.”