Yamaha M1 – This morning Jorge Lorenzo broke another new unit of his Yamaha M1. The engine used in Jerez and the unit that Lorenzo should use in the 2016 Mugello GP. Now the Yamaha’s rider will adopt the fourth of seven engines available in this season.

Jorge Lorenzo will use a new engine for the 2016 GP of Italy. The old engine had a trouble in the warm-up, with an obvious white smoke started on the starting grid straight and continued until he stopped his M1 to San Donato’s curve. It was the most “fresh” engine available to the M1 of the 2015 world champion. However, Jorge is lucky. Because if the engine had lasted 10 km more, it would break in the Moto GP’s race. The only problem with that? The new engine is the fourth of seven units available to him for the full season. It still looks a bit premature, since we’re only six of 18 races scheduled in 2016. 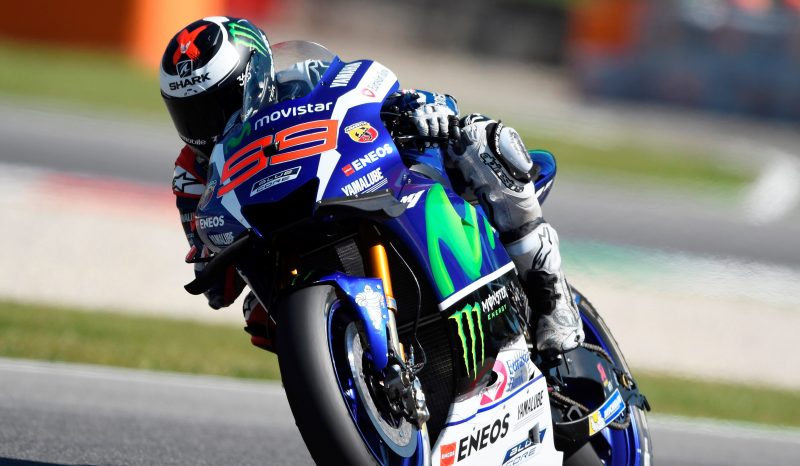 World Champion Jorge Lorenzo Yamaha M1 has an average speed of over 330 km/h, thanks to 240 horsepower of the engine and the 176 KW. Yamaha’s hull is aluminum Deltabox and steering geometry is multi-adjustable. The second big news of the macrocosm is the unique unit Magneti Marelli. The new Yamaha M1 wheel rims are constructed of magnesium. The size will be close to 17″ both front and rear. The transmission of the Yamaha M1 has six reports and depending on the type of track you can correct it. All components and important details, but the master part, for a fast and competitive is the engine. The new M1 has a 1000cc engine with 4 cylinders in line.

Maverick Vinales with 1’47″295 scored the fastest time in the Moto GP Warm Up. Second time for Andrea Dovizioso, third Marc Marquez. Immediately behind the Yamaha of Jorge Lorenzo, followed by Valentino Rossi. Sixth time to Iannone, with the second factory Ducati.