FP2 – Andrea Iannone is happy after the fastest time in FP2 at Mugello. “We were fast, all right. It is not simple at all, though. Perhaps because the path is not very rubberized and it has not much grip. However, then we worked some changes and the motorcycle has improved. I haven’t suffered for the contract. I’m calm now. Many teams contacted me and I have a serious relationship with Ducati. I’m the same Iannone as the start of the season.” Dovizioso has struggled. “My neck is painful. I have restricted movements and I have difficult to move the head backwards because I have pain. I managed to move around thanks to physical therapy of the Mobile clinic. It was important to turn to push Saturday and Sunday, at the end, I did not put the new tire as did the others. Nothing to worry about here.” 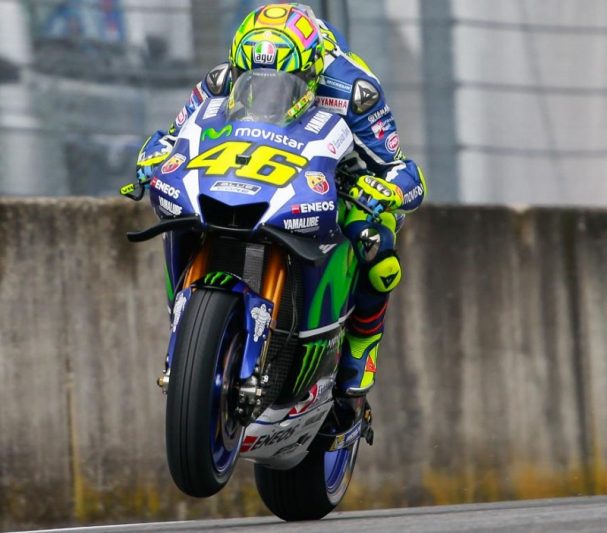 Pirro is third. He was the surprise of FP2. “We deliver a big step. We are fast. We have to continue to work hard. We’ve performed lots of testing, not just here. This is the work of the boys and the presentment that the motorcycle works. After years of working we are fast”. Valentino Rossi, in trouble in the concluding part of the Mugello circuit, where he lost about half a second, clocked the six times. Earlier the other Italians. Danilo Petrucci (Ducati-Pramac) got the twelve time, behind the factory Ducati of Andrea Dovizioso. Tomorrow at 9.55 am (local time) the third practice session.

The Doctor works on the start

Today the “Doctor” worked on the departures. “The new software we have a problem in the divergence. We tried not to squander time and try starting with different things and I’d say it went pretty well.” explains Valentino Rossi.  “It would call for another turn. What we missed him this morning because we’re not balanced and in the second section of the track. I’m moving rather slowly, especially in the T4 and then we have to work to fix the bike and spend less in the last curve.” says the pilot of the Movistar Yamaha. “We are not really far away, or less than two-tenths compared to Lorenzo. We are all very close now. Certain Iannone it was really quick and Jorge too, but as the first round isn’t bad“.