21 years – A few days before the Mugello GP, Moto GP teams have formalized the 2017 line-up pilots. Maverick Vinales alongside Valentino Rossi at Yamaha, Jorge Lorenzo will team up with Andrea Dovizioso and Andrea Iannone will go to Suzuki. The coming year will see the battle between Rossi and Lorenzo, but no longer by teammates. However, there will be some other big challenge between Rossi and his new teammate Vinales.

In fact, next year it will be interesting to see Valentino Rossi and Maverick Vinales in Yamaha. The rising star and legend of the Moto GP will compete on an equal basis. A good fight and Jorge Lorenzo gave already a tip from former Yamaha. “In recent years, we shared the box and I have won more races than Rossi. I worked faster than him. It’s not that easy. Rossi knows very well the Yamaha and he is a pilot who has gained more than 100 races. But Maverick can go faster than Valentino, in a competition you never know what can come about.” The world champion exalts the qualities of Vinales. Just 21 years have shown on many affairs to have speed and great potential. “Might be the fastest driver. He has more talent and more ambition of all. Yamaha knows well. So it has chosen Maverick as my backup. He will be very good. Yamaha is a nice bike and Maverick is one of the best drivers of today and he’s only 21 years“. ends Lorenzo. 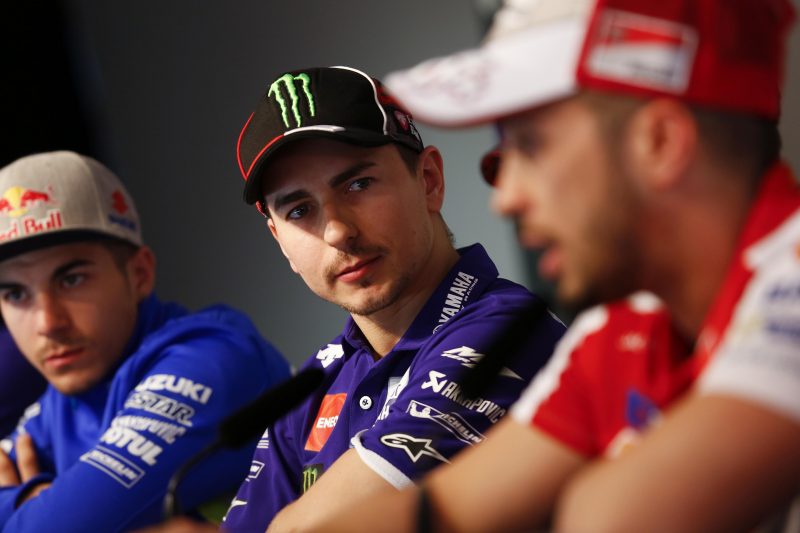 Valentino Rossi has welcomed well the arrival of the young Spanish in Yamaha team. “It will be sturdy, he’s strong and has great potential. On one side was a little worried because Maverick has great room for improvement However, I’m glad because we are very strong.” said the champion of Tavullia. “The alternative was Pedrosa? He also really strong, but has a potential which has already shown”.