The Doctor – “I don’t know if it’s the Rossi stronger than ever. I know that I’m very competitive again this year. At my age, you always fear of not being able to race the next year. I have 12 points to Lorenzo and I’m one of the three pilots battling for the Moto GP’s world championship. It has a great taste.” Valentino Rossi “says it all” in a face to face with Sky Moto GP. Yamaha rider spoke about his condition and about the future of Moto GP.

Valentino Rossi is the star of the Moto GP, especially when the race arrives at Mugello and there is the Grand Prix of Italy. “It’s a special weekend, special race. Since the first year that I ran the GP of Italy, there has been a nice atmosphere. We could be competitive right away. In recent years we weren’t enough to contend for both the pole and the victory. Hopefully the weather will be good.” says Valentino Rossi during the press conference. The question about his teammate for next season, Maverick Vinales, is obvious. “I think it will be very hard, because Vinales is a very strong, very young rider, with great potential.” said Rossi at the press conference. “On the one hand, I’m quite worried, because he’s very sharp, he has 21 years and a huge margin for improvement. On the other side, I’m glad because we are a very strong team again, with two very strong riders. Sorry about the Suzuki’s team manager Davide Brivio, but for us it’s positive.” adds the Doctor in the one-to-one interview with Sky Moto GP. 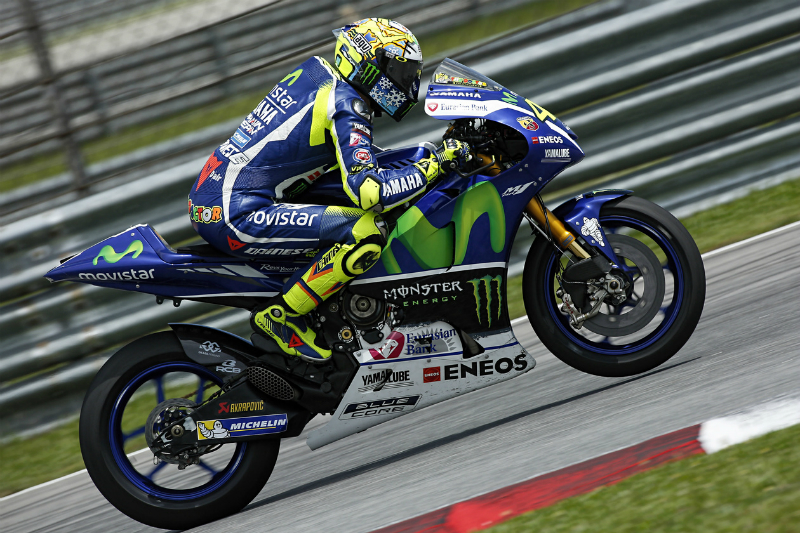 The Doctor and Pedrosa

In the interview the Doctor also speaks about Dani Pedrosa. The Spaniard has renewed for another two years with Honda. “Dani is very strong and maybe now is stronger. But he has already shown its potential, while Vinales is untapped.” adds Valentino on the passage of Iannone in Suzuki instead of his next team mate, says: “Iannone is a breeze. This year has made mistakes, but I don’t think the Suzuki is so much worse than the Ducati. Besides, the Japanese have some clever ideas, a logical way to develop the bike.” About Andrea Dovizioso was at Ducati alongside Lorenzo, the Doctor adds: “It’s the logical choice, because he’s going to be cooperative. Although with Lorenzo is very hard, because he’s a very strong rider“.