Mugello GP – The Mugello GP is ready to start. Tomorrow it will be the usual press conference of the riders and then from Friday, all on the track. All Italian fans wait for Valentino Rossi, as the Ducati team. Andrea Iannone will have to overcome the disappointment of the confirmation of Andrea Dovizioso. The Ducati rider must engage all season and the GP of Italy is the first vital step. Jorge Lorenzo wants to stretch in the rider standings, after the great victory at Le Mans, while Marc Marquez wants to get back on the podium.

“I want to ride the next two races. I want to focus on the Mugello GP and Montmelò GP, two very different tracks than Jerez and Le Mans “. Marc Marquez is concentrating on the eve of the Mugello GP. In the last race of the Moto GP, Honda rider had to recover from a fall on the track, finishing points anyway. However, Marquez interrupted the streak of podiums, which left from the final race of last season. Also, the Spanish rider left the head of the drivers ‘ Championship to compatriot Jorge Lorenzo. 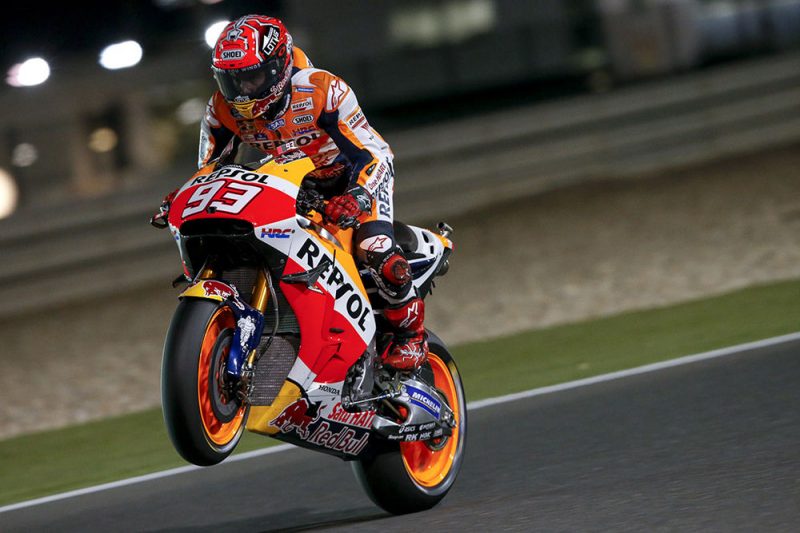 Mugello GP, It will be important to have cornered speeds

The next two tracks, according to Marc, it will be important to have cornered speeds. “Until a couple of years ago, I would have said that these would have demanded paths for us. Today, I think we can do better. Of course we have some work to do. However, I think if we improve acceleration, our bike will be one of the best. It is not easy due to the current rules that prevent you from working on the engine. However, I know that Honda is working hard on every other area. I’m positive and in Mugello GP I want to battle for the podium.” told Marc Marquez.

After the confirmation of Dovizioso in Ducati and Pedrosa in Honda, the pilot’s market should leave the street to the real Motorsport.