2017 MotoGP World Title – A month ago, Marc Marquez said that Maverick Vinales could win the 2017 MotoGP World Title. And the young Spaniard knows that he has a good opportunity with Yamaha Team. MAV, just come to the Yamaha alongside Rossi after two seasons at Suzuki, surprised everyone with the fastest time in Valencia Test.

2017 MotoGP World Title will have a new contender

“If I want to be the best I have to beat Rossi.” said Mav to Speedweek.com. “I know it’s very difficult. But I must do it. I think it would be a fantastic feeling. Even with the Suzuki, it was very nice to finish some races before Vale, Lorenzo and Marquez. It is very important and nice to finish the GP ahead of legends like them.” The young driver ran very well last year. Thanks to him, the Suzuki returned to win a Grand Prix in MotoGP. So, Mav has conquered the heart of Yamaha brand, which has high expectations from the new talent. The Japanese Team wants to win the 2017 MotoGP World Title. 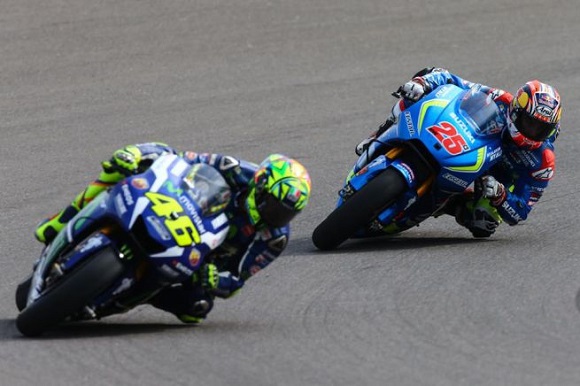 It will not be easy to beat the Doctor

However, the young pilot will have no easy life. Valentino Rossi is a cannibal. The Italian rider has always used all the tricks possible, on and off the track, to beat his opponents and his teammates. “Valentino has always been a great fighter. The capacity in direct duels is a strong point, as Marquez. Against these two, I just try to take advantage of every opportunity, until the end. Living together with him doesn’t scare me. I just do my job and I want to give my best and get the best results.” said Mav.

“I don’t want to play with him. With all my teammates, I established a good relationship. The Suzuki has been great for me. But the shift with the Yamaha is a great opportunity to point to the 2017 MotoGP World Title. I’m here to win and it’s part of the game.” concluded Vinales.