Valentino Rossi – Marc Marquez is in pole position of the 2016 Grand Prix of Germany. Third place for Valentino Rossi on Yamaha behind the Ducati of Hector Barbera. Only eleventh place for Jorge Lorenzo, crashed during qualifying with his Yamaha.

“Marquez seems faster. As far as I’m concerned, it counts a good race from start to finish and get on the podium. To retrieve also points out of Lorenzo and Pedrosa, leaving behind”. Rossi has goals for the race. “We have seen changes from yesterday to today. It was winter. Now it’s summer.” said Valentino Rossi. “We did a good job of balancing it with the team and starting on the front row is very important. I was also lucky. Because with the second tyre I was in traffic. I could give more. I could start the second, but that’s okay.” 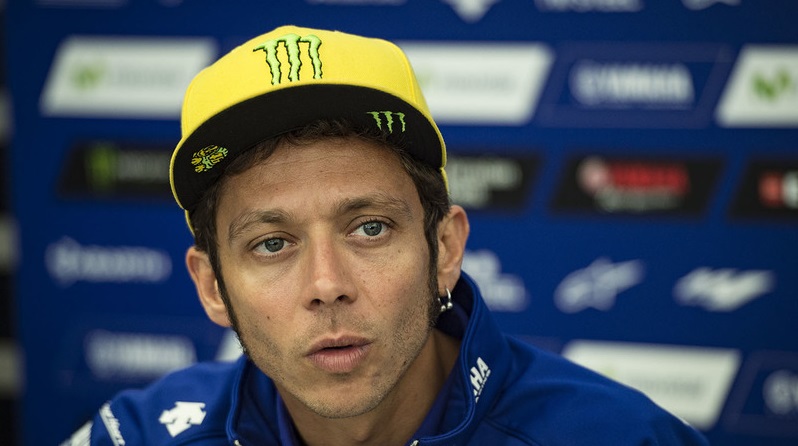 Valentino Rossi: “I can make a good and competitive race“

“We have done a great job since yesterday morning. Today, we continued to develop the bike, but the step we did yesterday. In my opinion under normal conditions can I make a good and competitive race. Marquez is fast. It is very important to do well.“ said the Doctor. According to Rossi, Jorge Lorenzo, struggling and only 11th, “couldn’t do this step. He had a bit of trouble during the Q1. Then, he slipped“.

“I tried the yellow rubber in the last session, but I knew it wasn’t the right one. Although, I have tried other things. After we did reset and returned to what was done in the rest of the weekend. It went well.” said Marc Marquez. Marc Marquez is satisfied at the end of qualifying, where he earned the pole position in the 2016 Grand Prix of Germany. The Spanish of Honda fears Valentino Rossi. “I took a ride strong enough, but Valentino is going to be very close“.