Livio Suppo – Marc Marquez wins his sixth World Championship (4 in MotoGP, 1 in Moto2 and 1 in 125cc). Livio Suppo, the team manager of the Honda HRC Team, stops working for the Japanese team. The Italian will rest for a while.

Suppo is an excellent professional. He won two titles with Casey Stoner (Ducati and Honda), five titles with Marquez and six constructors titles. The Honda HRC Team Manager is an idol of motorbike racing. But Livio was tired. He wanted to rest, and the announcement arrives right after Marc’s triumph in Valencia. We will miss a lot! 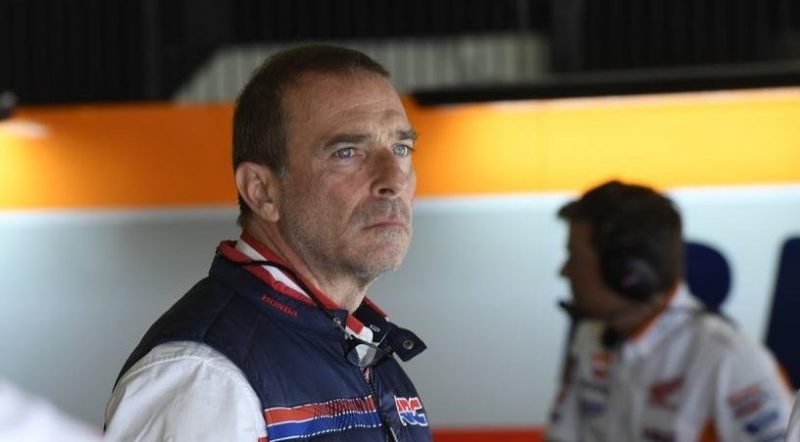 Livio Suppo is a strict and precise team manager. It needs constant feedback and transforms them into triumphs. In 2007, he guaranteed Stoner the title with Ducati, used the Bridgestone, when everyone used Michelin, and then again with the Australian won the title with Honda. And then Marquez. The story is known.

We will miss Suppo

We will miss Suppo. Now the Japanese brand will have to look for a new team manager. A man capable of still fighting for the MotoGP title.

0 0 0 0 0
Previous Article2017 Valencia GP: Rossi believes in Dovi and speaks of his future
Next ArticleMarc Marquez will go to Ducati o KTM. Rossi will run until 2019
Comments (0)