Ducati rider Andrea Dovizioso and Ducati won the Japan GP at the Motegi circuit. Dovizioso preceded the Spaniard Marc Marquez, beating him in a duel in the rain. Danilo Petrucci was third with the unofficial Ducati, and Andrea Iannone with Suzuki closed in fourth place. Valentino Rossi had retired for a crash in the early laps.

“In the last lap, when he made a mistake, I realized that I could win. I had a chance. I passed Marc to turn 10 with a perfect action and a great braking at 11 o’ clock. Then, until the last corner, it was complicated but when he tried to’ enter,’ I closed the door and won. It was a good victory.” Ducati rider Andrea Dovizioso talks about the decisive phases of 2017 Japan’s GP. 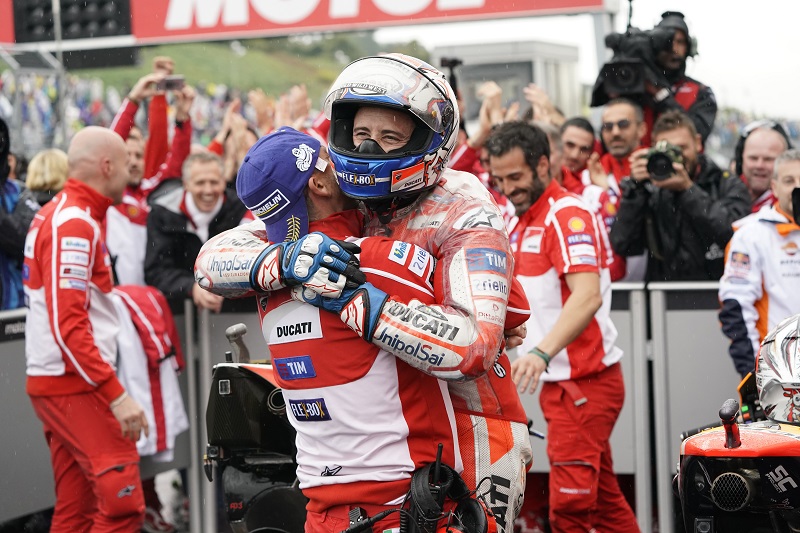 “I had little grip. The rear wheel was in trouble. Because of the heavy rain, it was hard. I’m thrilled with the victory thanks to the team’s hard work. I have to say I did not believe it. We were fast but not to win. At crucial moments we are there. I can tell we are solid this year.” Dovizioso is at -11 points from Marquez, who is first in the standings with 244 points. Third is Maverick Vinales with the Yamaha, at 203. 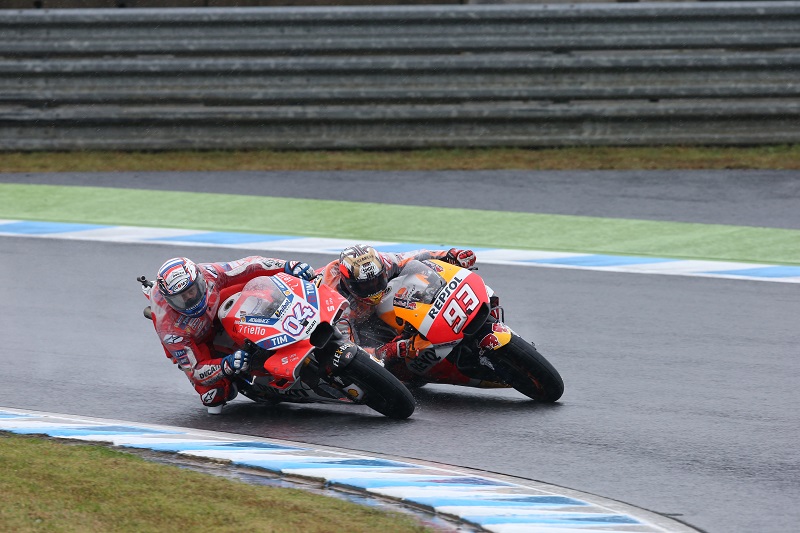 “It was a great race. I knew the battle would continue until the end. We have fought, and today we have also been at risk. When he overtook me on the last lap, I realized that he was faster. I tried the same thing at the last corner, but it went like that. Anyway, that’s fine.” Marc Marquez is satisfied after the duel with Andrea Dovizioso in the GP of Japan. “Dovizioso and Ducati are a great surprise for the championship. Andrea is a great worker and those who work so much, in the end, collect the results. It’s nice to fight with him because he’s a nice guy. In the next few races, I expect him to be strong in Malaysia. We could run better in Australia and Valencia“, concluded Marquez.