Ducati brand is no longer on sale; it is official. The confirmation came in the last few days from the voice of number one of Ingolstadt’s company, Ruper Stadler, who explained how the Italian brand represents Audi’s philosophy in the world of two-wheelers.

Stadler also said there is no economic need to sell Ducati, which in recent months had been the subject of some evaluations by potential buyers. In particular, Harley-Davison, Polaris, and Royal Enfield. But now this phase is closed because the Volkswagen Group is well absorbing the impact of the enormous expenditure associated with Dieselgate, thanks to an across-the-board cost cut of 10 billion euros and the reorganization of many internal processes. Already during the summer, there was the talk of a change compared to the sale of Ducati, but now there is the full certainty. 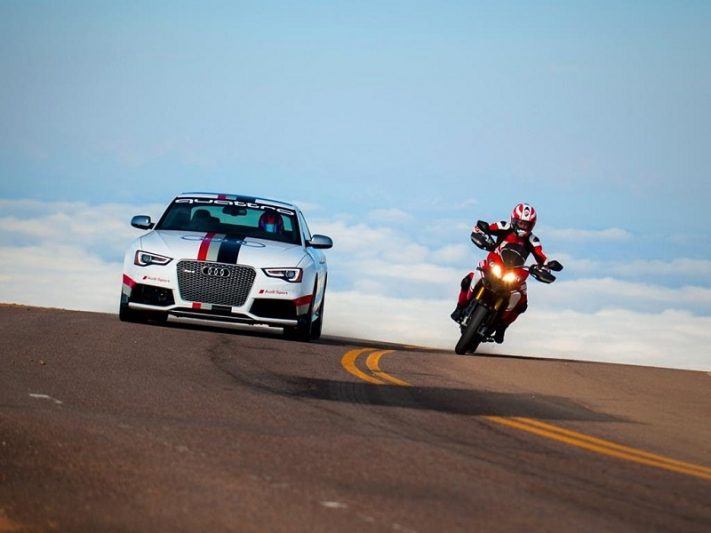 The future of Ducati brand is uncertain, however, both because it is a foreign brand compared to the others operating within the Volkswagen Group, and because it could always be sold and at a reasonable price. It should also be considered that in the Board of Directors of the VW Group, workers’ representatives who see the Italian brand as a rapid source of liquidity that could be reinvested in other companies more strategic than the Group are also important. Then there are the investors, who for a long time want to simplify the German group’s ramifications to focus more on the core activities. But as long as Ducati continues to generate profits, it will remain quiet.

Andrea Dovizioso: “We know where to act and where to improve”

“I’m thrilled with my team. I see that everyone on the team was excited this year. We have had good results in the November tests, and now we have everything on the table. It will be tough to eradicate our weaknesses for 2018. But we know where to act and where to improve. Being one of the two great protagonists of the World Cup was fantastic. So, we worked well; we were competitive, good or bad, throughout the season. There is so much satisfaction after five years of hard work and difficulty. Perhaps the best race for me was Silverstone because we weren’t the fastest, but we did everything, in the race a perfect strategy, I put myself in the right place and at the right time.” Andrea Dovizioso said.

“I think of the world, and it’s a must. You cannot live if you want to achieve these results. I do not make too many predictions because every year is different. Many aspects can change things. We have to live the moment and we have to adapt. The regulation will remain stable, but there is a continuous adaptation of both the technical and the pilot. We live the weekend. So, we have the basis and we can do it. Looking at the season just ended, I don’t see it as a defeat because we did something that nobody would have expected.”

0 0 0 0 0
Previous ArticleJorge Lorenzo: "Rossi? I admire him, and I want to learn from him"
Next ArticleAlex Debon: Now will Jorge Lorenzo be able to win?
Comments (0)