Love with Belen Rodriguez seems to be over. Andrea Iannone is sad. But he is not desperate. So, the Suzuki’s rider is the fastest driver on the track on the first day of testing in Jerez. The Suzuki had already given right signals seven days ago in Valencia. When he had brought a new engine to the track more docile and with less inertia in the cornering phase. Jerez’s result seems a confirmation of the love found between Iannone and his bike.

Andrea Iannone is ahead of Crutchlow, Dovizioso, and Lorenzo. Jerez is a track where cycling is significant and the engine a little less. The test times may not be right. Jerez has always been the track that brings the Superbike’s performance closer to that of the MotoGP. Sykes and Rea’s Kawasaki racers are ahead of so many MotoGP bikes. Sykes is sixth, Rea is eighth. With the tenth fastest time another MotoGP, Scott Redding’s Aprilia that improved after the difficult start of last week.

The pilot would have been ready to marry Belen Rodriguez. So, he was prepared to buy a home in Milan and New York. But the showgirl has preferred to devote his time only to his son Santiago. According to gossip magazines, Stefano De Martino, the former husband, and father of Belen’s son is ready to return to the life of the Argentinean woman. 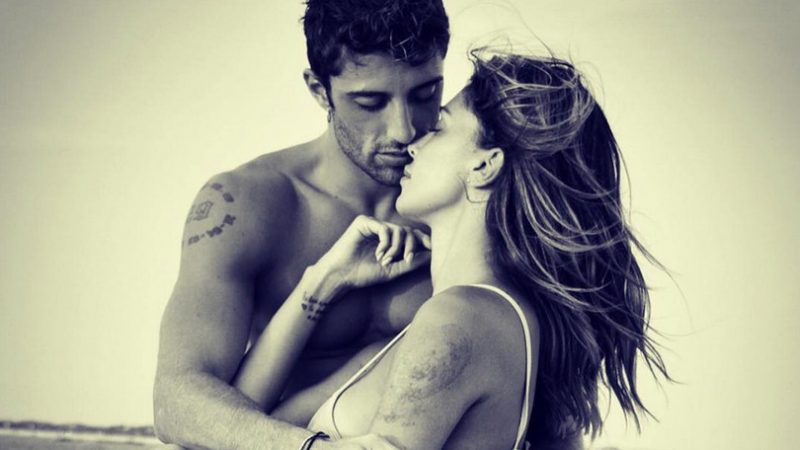 Two months ago Iannone published on Instagram the photo you see above, commenting on it as follows: “You are the most beautiful thing I have.” It’s their last photo together.