Ducati’s Disaster – At Mugello, Casey Stoner follows the work in the box Ducati and he gave an exclusive interview to the Gazzetta dello Sport. “Valentino has had in one of the toughest mates Jorge Lorenzo. He thought he could get into his mind, but it was not possible. Jorge is always going forward. For Valentino is merge and no longer has to contend with that “wall of stone” that is Jorge.”

Stoner also spoke about Rossi’s start to the season. “If you have ever struggled in the early rounds, it was his problem. You can’t sustain this kind of apology. It is doing an honest job, but is it better than last year? I’m not so sure now. In 2015, these days had already won two races and was incessantly on the podium. For me it is not stronger.” The Austria could be the chance for the wild card we all dream about. “I’ll execute the test in Zeltweg because there are also all the others and we will be able to compare data. There isn’t another reason besides this to do this exam.” Stoner also speaks of the results Ducati in 2016. “Looking the results, the season is a disaster. However, I think it is good. We say that is a good disaster. I’m so sorry about Dovizioso. He would be 2th or 3th with no problems. I’m proud of him too. Iannone has expressed sometimes incredible speed, but has progressed to some mistakes. There is some disappointment in that sense. However, we have indicated that the bike is competing with all homes. The trouble with Michelin they created disadvantages, but applies to all.” 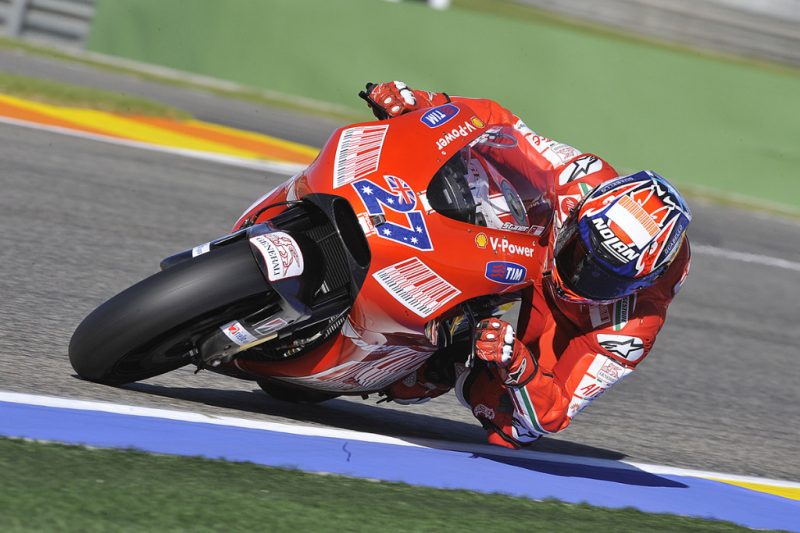 Ducati’s Disaster? Lorenzo could be solved

Ducati chose Dovizioso as a teammate of Lorenzo. According to Stoner, the choice was difficult. “Ducati is happy with both. However, at the end Iannone errors made all the difference.“ Besides, he excites to work with Lorenzo. “Throughout his career, in 125, 250 and MotoGP, I contended against him. I think he has a great respect for Jorge. It will be interesting to watch things from his point of view, understand how it works, see what he wants from the bike.”