2017 Valencia GP will not be an easy race for Valentino. The Italian rider spoke about his compatriot Andrea Dovizioso, who will have to do an almost impossible task against Marquez. “Andrea is a beautiful story. In his career he has spent so many difficult moments, in MotoGP. Everyone must learn from him. He has always believed in himself. He had won one race in 10 years of MotoGP and now 6 in only one season. In all sports you want everything. There is always hurry, but we must also understand that everyone needs their own time.”

2017 Valencia GP: the young talent Mir who could equal his record

The Doctor has not only talked about the Dovi, but also about the young talent Mir who could equal his record of 11 victories in a year during the 2017 Valencia GP. “When I win so much, it’s never by chance and I’m happy that my record will be the same as my record, which has lasted since 1997. So much time has passed, but I remember that I had a lot of fun that year. Mir is very strong and if he reaches that record, I hope he will be as lucky as I am.” Rossi said. 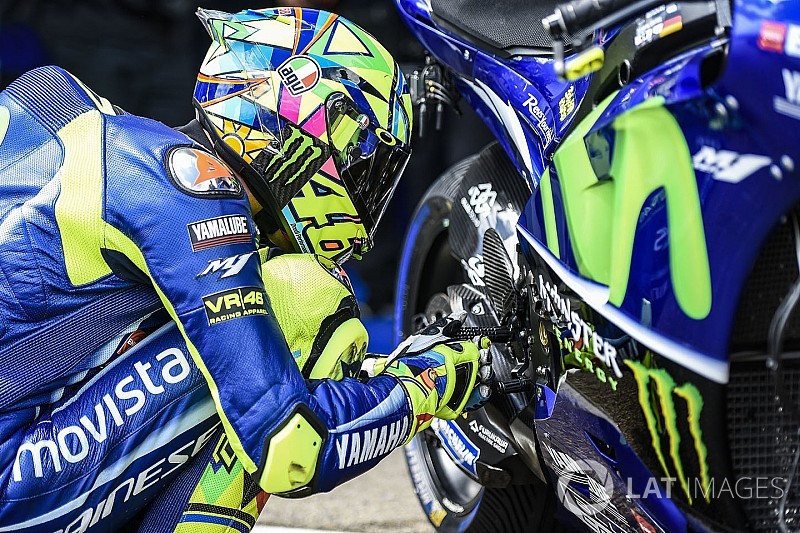 It’s been 20 years since then, but Rossi is still on track and yesterday he didn’t have time to say he didn’t want to talk about his future, that today his father Graziano has declared to a radio station that Valentino will continue running for another 10 years. “I am happy. Many people, starting from him and my mother Stefania, tell me not to stop and I will listen to their advice when I have to decide. I see it last for another 10 years, maybe I’ll run it but not in MotoGP.”

“I find it difficult to beat the two Honda and the two official Ducati bikes, Marquez and Pedrosa seem to do another job and Zarco is also strong. My biggest problem at the moment is braking. In addition, as often happens, after a few laps I suffer with the rear tire. Tomorrow the first goal is to enter Q2, then you will see.” Vale concluded.